The 1840 US federal census is the sixth one done by the United States, and the first one that has most of the pages still available for use by researchers today. It is a far more valuable research tool for genealogy than you might imagine. Here’s what you need to know about it.

The 1840 US federal census, and all of the ones previous to it, only included the names of the heads of households, not the name of every person in the household (as the 1850 and later censuses have done). Because of this, some genealogical researchers, especially beginners, tend to ignore this and earlier censuses, as they believe they will not be of much use to them. However, despite its exclusion of names from everyone but the head of households, the 1840 US federal census provides some unique and valuable information that can help expand and enrich a family tree, if you know what to look for and how to use it. Here is what you need to know to get the most out of the 1840 US federal census in your genealogy research.

The 1840 US federal census was the sixth of its kind conducted by the United States federal government. It began on June 1, 1840, and its results showed that the population of the United States in 1840 was approximately 17,069,453. This was a thirty-two and a half increase from the 1830 US federal census. Among the 1840 population count were nearly two and a half million slaves.

The 1840 US federal census was the first to ask the military veteran status and age of Revolutionary War veterans. It was also the first US census that did not suffer a major loss of records at some point in its history, so virtually the entire census is available to today’s researchers. This makes it the first US federal census that most modern American researchers can use, as most researchers with ancestors living in the United States in 1840 will be able to find them there since almost none of the census is missing.

The controversy was with the results that the Census Bureau published. The published results showed a much higher number of supposedly insane free African-Americans than those who were slaves. Pro-slavery advocates used these results to bolster their claims that slavery was beneficial for African-Americans. They also used the results to “show” others what the effects of emancipation may be (meaning, they said there would be far more “insane” African-Americans in the nation without slavery).

Meanwhile, abolitionists (who were against slavery) claimed that the mental illness question on the census had numerous errors in the publication. These errors were outlined in a report by Edward Jarvis in the American Journal of the Medical Sciences in 1844. The report was later published as a pamphlet, and also as a memorial to Congress from the American Statistical Association. The report urged Congress to take steps to correct the outlined errors.

John Quincy Adams submitted the report to the House of Representatives, stating that the report clearly demonstrated that the mental illness question on the 1840 census had “gross and important errors” in the returns that were published. The House requested an inquiry into the matter, and then Secretary of State John C. Calhoun later told Congress that the supervisor of the census carefully examined the statistics and found no errors. Because of Calhoun’s stated findings, the 1840 US census returns were not revised and can be viewed today in the way they were first recorded.

Questions asked on the 1840 US census include:

Enumeration of the 1840 US census began on June 1, 1840. US Marshals were given two copies of the receipts from the census by the enumerators, with a deadline to hand them in by November 1, 1840. One of the copies was sent to the Secretary of State, to be handed into that office by December 1, 1840.

As you can see, the 1840 US federal census is a far more useful genealogical research tool than you might have imagined. It can tell you a lot about ancestors who were heads of households, as well as the people who were living in those households (even if they weren’t named). You can use this information to discover new ancestors and to compare to information in later censuses to identify un-named people in the 1840 census. It is an important tool for any researcher doing American genealogy work.

Download the 1840 Census Blank Form to help you in your research. 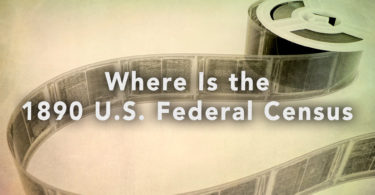 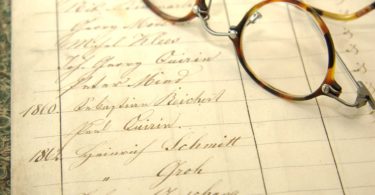