Montana has a long history of human habitation. It was Native American territory for thousands of years, and thanks to its remote location, Europeans made contact with the Natives there only relatively recently in human history. No Europeans lived there at all until 1841. Here are some of the top highlights of Montana’s interesting folklore.

Admitted to the union in 1889 as the 41st state, Montana is a relatively late addition to the United States. However, that does not mean it is not important or has no history. Quite the opposite, in fact. Several Native American tribes called Montana home for thousands of years into the past. When British, Spanish, and French settlers and explorers arrived, it was mainly to do fur trading with the Natives. Sometimes these interactions were peaceful, and sometimes they were not. Either way, Montana was remote for a long time, considerably far away from where most European settlers were living.

Even when it became a US territory as part of the 1803 Louisiana Purchase, people were not exactly flocking to settle there. A permanent European settlement was not established in Montana until 1841. Gold was discovered there after the Civil War, and the rest is history. Montana has had some unique people living there over the millennia. Here are some of the highlights of its folklore.

One of the most infamous military blunders in American history was that of General George Custer at Little Big Horn, where he got himself and most of his regiment killed with an uncharacteristic mistake in military strategy. Custer was a Civil War hero and a respected soldier with decades of experience and many successes, so his huge and catastrophic blunder at Little Big Horn came as a surprise to most of the country.

Custer National Cemetery is located on the Little Big Horn battlefield today, where it houses the remains of more than five thousand soldiers, spouses, and other family members. Even most of Custer’s fallen regiment is there, as the vast majority of them could either not be identified or moved due to logistics, and they were all buried together on the battlefield.

Custer’s ghost is said to be seen walking around the cemetery occasionally. There are also cold spots, the sounds of a military battle in the distance, and the ghosts of Native Americans on horses. One visitor to the cemetery even said they were briefly transported back in time there, and witnessed the actual battle of Little Big Horn.

South of the Yellowstone River and just across from the Boothill Cemetery is the Rimrocks, where Sacrifice Cliff is located. It plunges almost vertically to the river below, and the drop-off is a sharp one you might not see coming until you’re up on it. The legend has it that two teenage Crow Natives rode out one day to take care of business a couple of centuries ago, and came home a few days later to their village to find that most of the members of their village had died of smallpox, including the two young women they loved.

In despair, these two young Crow men blindfolded their horses and rode off of Sacrifice Cliff. Their ghosts can sometimes be seen (or heard, in the distance) in the area today.

Highway 87 in Cascade County is the site of a famous ghostly hitchhiker. Plenty of people over the years have reported sightings of him. In fact, with the way he appears, you could not notice him. This ghost appears with a thud on the windshield of your car as if you had just hit a pedestrian. However, it quickly disappears, and if you get out of your car to look, you won’t find a single sign of damage to your vehicle.

The ghost is pretty visible for the short time he is on a car’s windshield. This has allowed those who encountered him to describe him. The description is always the same: A Native American man with long black hair, wearing jeans and a t-shirt. No one knows who he is, exactly, but many theorize he was a man who was hit and killed by a car on this part of the highway many decades ago.

Something Weird at Eagles’ Lodge

You can’t deny something strange is going on at the Eagles’ Lodge bar in Bozeman, Montana. Patrons to the bar have witnessed a variety of incredibly bizarre things, and most were still quite sober when they did. As an example, a family one entered the place and they all saw an invisible being or force push its way through the crowded room, even nudging people physically to the side as it went. Employees frequently see glasses and dishes moving by themselves after the bar has closed.

No one knows who or what is haunting Eagles’ Lodge, or how many things are haunting it. It may be just one, or several. The prevailing theory is that there is an old system of mining tunnels under the town and that ghosts use them to travel to different places in the city, with Eagles’ Lodge apparently being a favorite.

Does Montana Have its Own Lake Monster? It Sure Does

Like many places around the world with large, deep lakes, Montana has a signature lake monster. It lives in Flathead Lake, and the first documented sighting was in 1889. It is a big lake, being over two hundred square miles in size, and up to four hundred feet deep in some places, so there is certainly room for a lake monster.

There have been many sightings over the years of this still unnamed monster. In 1993, there were thirteen sightings of it, more than any other single year since it was first observed. All who have seen the monster agree that it is between twenty and forty feet long has the body of an eel or snake, black eyes, and several humps on its back.

Interestingly, this is an almost identical description to many of the other lake monsters of the world. Maybe they are all part of the same species or family. The monster continues to be seen from time to time and is a tourist draw for Flathead Lake. Now, all it needs is a name. 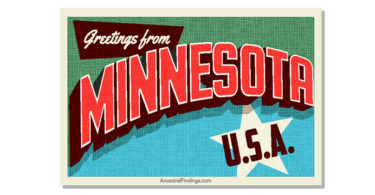 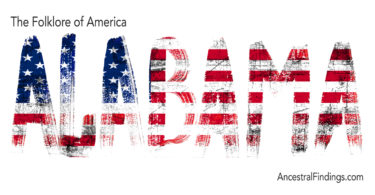