Nebraska is located on the Great Plains, and has a history of Native American habitation going back thousands of years. The French, Spanish, and English came in the late 17th and early 18th centuries to trade with the Natives, and the area eventually became part of the Louisiana Purchase. It has some interesting folklore associated with it. Here are some of the highlights of it.

Admitted to the union in 1867 as the 37th state, Nebraska is a landlocked prairie state on the Great Plains. It was home to many different Native American tribes over the millennia, including the Lakota and their various branches. It was also part of the route the Lewis and Clark expedition took to the west coast of North America. The French and Spanish people began exploring the area in the late 1600s and set up mutually beneficial trading agreements with many of the local Native tribes. Eventually, England joined the mix in the late 1700s, and Nebraska eventually became an English territory through wars with competing nations. It was part of the 1803 Louisiana Purchase from the French.

With such a long and varied history, Nebraska has acquired some interesting folklore. Here are some of the highlights of it.

The Cannibal Albinos of Hummel Park

Hummel Park is so creepy on its own that it is amazing anyone actually made a park for humans out of it. There are ancient Native burial grounds on the property (for real), ghosts have been seen there too many times to county, weird cults like to hang out there, and it is the site of a bunch of documented murders. It is also considered one of the most haunted parks in the country.

As if that all weren’t enough to keep people away from it, there is a legend of a group of albino humans who live at the park, either in the trees or in a remote house or farm somewhere within the park. They like to kidnap those who wander through the park at night and eat them. Yes, albino cannibal humans are supposedly alive and well in Hummel Park. It’s probably best to just not visit the place.

The Salt Witch of the Plains

The legend of the Salt Witch begins with the Native Americans who once controlled and dwelled in Nebraska. In this legend, there was a Native chief who was so volatile with his temper and his urge to war with anyone that only his wife could safely get close to him. After his wife died in a tragic accident, the chief was inconsolable and wandered away from his village alone.

When he eventually came back, he told his villagers that he had come across an old woman who was crazed and beating up a younger one. When he jumped in to assist the younger woman, he saw she had his dead wife’s face. He killed the older woman with his hatchet and reached for the woman who looked like his wife, but before he could grab her, the earth opened up and took both women, leaving only a pillar of salt in their place.

For generations afterward, it was common practice for members of this tribe to go and beat the ground near the salt pillar with clubs to keep the evil, crazed older woman from returning to their village. Even today, there are still some local Natives who believe this tale and keep up the practice.

What Happened to Lottie Edwards?

Lottie Edwards was a real woman who lived in the late 1800s and into the 20th century. No one is quite sure what happened to her. She died, that much is clear. But, some legends say she was hit by a car, while others say she was murdered. Others say she was a witch who practiced black magic and continued to do so from the other side. Considering she died in 1955, it is surprising no one has found any vital records or old newspaper records that tell what actually happened to her, especially since she had children to tell the tale (her headstone says “Mother” on it).

In the version of the legend where Lottie was a witch, she supposedly cursed some grave robbers who came along to steal her jewelry, and each of those robbers ended up dying in various gruesome ways. The belief is that those who visit her grave will also be cursed, and either die in an equally gruesome fashion to the robbers or disappear with no trace. Local teens are obviously not concerned about the legend, as they have vandalized Lottie’s grave and headstone numerous times over the years, as well as those of others nearby.

Most places with a reputation for being haunted have an abundance of visitors who are curious about the supernatural. That is not so much a problem at Ball Cemetery in Springfield, Nebraska. A big deterrent is that it is on private property, and the owners will call police on trespassers. However, anyone who decides to risk a visit will find that the ghosts of Ball Cemetery will probably take care of evicting them from the property themselves.

There is a large male ghost who is said to leave cuts and welts on visitors. Strange mists pop up in the cemetery when people go there, and they get lost in those mists. Many visitors have heard laughter when no one else is nearby, and have experienced the sensation of someone tugging at their clothes.

People have been seeing UFOs in Nebraska since 1894—at least, that is when the first documented sighting occurred. At that time, a strange aircraft crashed into a field near Benkelman, Nebraska. The local papers even reported on the event, with descriptions of gears being in the wreckage, and other technical evidence that the craft was not from this planet. No physical evidence is left of the UFO, because it supposedly later melted in the rain, as alien ships are wont to do.

Nebraska continues to attract UFOs today, with one visit being captured on a live news broadcast that was seen by thousands of people. The state just seems to be friendly to our alien visitors. 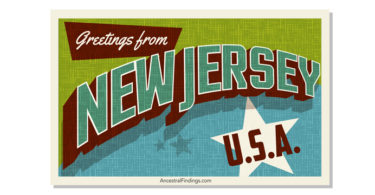 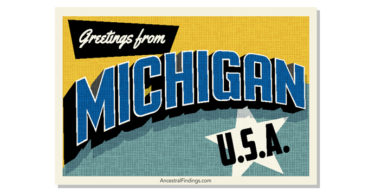