What do you do when you come across information in your family tree that may not be welcome by everyone in your family? It can be a sensitive topic. Here are three different findings that may be unwanted, and how to handle telling (or not telling) your family and/or clients.

One thing about family tree research is that you never know what you are going to find. Regardless of what you think about your current family, you cannot expect your standards to apply to all of your ancestors. The fact is, your ancestors were real, human people, just like you, and they weren’t perfect. They all inevitably made mistakes; some of them made some pretty spectacular mistakes. The ones with sordid tales so wild that they really stand out on the rest of your family tree are called Black Sheep ancestors, and the world of genealogy blogs even has a day devoted to posting about them.

However, these ancestors are not the only unwanted things you may find on your family tree. You may disprove a treasured family lore story. Or, your DNA tests may reveal things that totally surprise you, and not necessarily in a good way.

In the past, everyone was so careful to make sure their entire family history was full of perfect, upstanding citizens, that it was not uncommon for our older relatives to make up stories to hide what some of the more unsavory family members may have done. Or, they may not have talked about the family history at all. Fortunately, today, most people realize that no family is perfect, and embrace those Black Sheep ancestors as colorful additions to the family tree. However, you may have to step lightly with these discoveries with some of your older ancestors, who may still be embarrassed by such things.

When you discover unwanted things in your family tree, no matter how far back, the way you handle it yourself is entirely up to you. Most genealogists are open-minded and want to know the truth about their ancestors, whether it is virtuous or scandalous. Most of us today are even delighted with the occasional discoveries of what we call “colorful characters.” The tricky thing is how you handle disseminating unwanted information to your relatives, who may feel entirely differently about such things than you. Here is where you want to know your audience and tread carefully and accordingly.

As an example, one of my 5x great-grandmothers, who was born in 1744 and died in 1788, was one such “colorful character.” She only ever had one child, my 4x great-grandfather, and it is not at all clear whether she ever married his father. Her death record gives her maiden name, with an “alias Lively” as her alternate last name. There is no record of her marriage if there was one, and she only appears to have spent about five years with the father of her child before he either disappeared at sea or went back to another family in Scotland. When she died, her inventory of estate included significant quantities of rum and tobacco, suggesting she may have owned a tavern. Was she a prostitute who did well financially, and got pregnant once? Was she a rebellious daughter who wanted to do her own thing (as her parents were prosperous and respected in the community)? Either way, her widowed mother ended up raising her son after she died when he was only eight years old, and that grandmother bestowed a significant amount of land on him upon his marriage, where he built a family homestead that is still there today.

Most people in my family were delighted by this story and appreciated having a colorful ancestor in the family tree. However, one great-uncle thought our family was too respectable to have had any less than pristine ancestors, and would not hear her story spoken to him. He was sure it was all a misinterpretation, and that she was respectably married and a typical Puritan housewife whose husband disappeared at sea after the Revolution. The other relatives learned quickly to not tell him about any ancestors who were not upstanding, stalwart members of the community. You may have to do the same thing.

If a family legend has persisted for a long time, people may get upset if you disprove it. I have a friend whose family has long claimed direct descent from General Robert E. Lee. It is true that they have a Lee branch of the family, but it originates in New York, not Virginia, the home of the General. And, Lee is a common surname. After much research into the topic for her, it became clear her family and Robert E. Lee’s family were not connected. In fact, her Lees fought for the Union in the Civil War. Yet, her grandmother always kept a picture of Robert E. Lee by her bed, and we discovered previously unknown Lee cousins as far away as California who had heard the same Robert E. Lee story.

We traced the origin of the story to a 1905 obituary, where her 3x great-grandmother, a Lee by birth, was listed as being a relative of Robert E. Lee. This 3x great-grandmother’s husband, a King, appears to have included the “famous ancestor” in her obituary to boost his own standing in the community, where he was a well-known railroad executive, on the board of the local orphanage, and a Mason. And, his second wife, who he married a couple of years after losing his Lee wife, had previously been married to the man who designed the coffin in which former President Ulysses S. Grant was buried, so she had a bit of fame attached to her. To this day, none of her relatives, including her siblings, want to hear that there is no Robert E. Lee connection, and they continue to tell people they are related to him, when we know they are not. In these instances, it is best to either not tell people you have disproven the legend or to quit mentioning it if they reject your findings.

Finally, DNA may reveal some surprising and unwanted things. This is where you have to tread the most carefully. If you learn someone’s parentage, or even entire family line, is not what they thought, you may have stumbled across the result of an affair, or an unknown adoption. If these are your parents or line, how you handle it is up to you. If it’s another relative, or you’re doing it for a friend, ask them beforehand whether they want to be informed of any potential discoveries such as these. If they do not, just give them the information you do find that is not likely to upset them, and don’t mention anything else. If they say they want to know, ask them one more time before telling them, to be sure.

When I discovered my paternal grandfather’s previously unknown biological father’s family through DNA, some members of that family thought the story was fascinating and communicated with me, and even sent pictures so I could see the strong family resemblance between them and my grandfather. Other members of the same family ignored my requests for contact. My grandfather’s grandchildren by his first wife, who I’ve never met in person but had online contact with for a while, stopped talking to me entirely when I revealed I’d finally discovered the long-lost biological father’s family. They simply didn’t want to know. On the other hand, my grandfather’s half-sister’s children, my cousins, were delighted with the discovery and discussed it with me more than once. They thought it was a wonderful family history discovery, and were open to hearing about it. I would have thought his grandchildren would have wanted to know their true biological family line through his newly discovered biological father, but they did not.

Sometimes, you won’t know someone’s reaction to unwanted genealogical information until you tell them, because, like with my grandfather’s other grandchildren, you won’t know it is unwanted to them. In these situations, you simply have to stop talking about the discovery with those people and hope that they want to continue talking to you after you reveal it. When it comes to sensitive or potentially sensitive genealogical information, sometimes the best way to go is to keep it to yourself, publish it anonymously online for those who do want to know or save it for the book you will write on the subject. 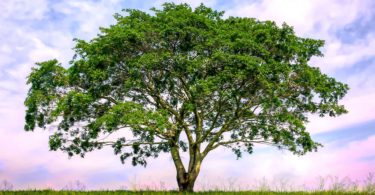 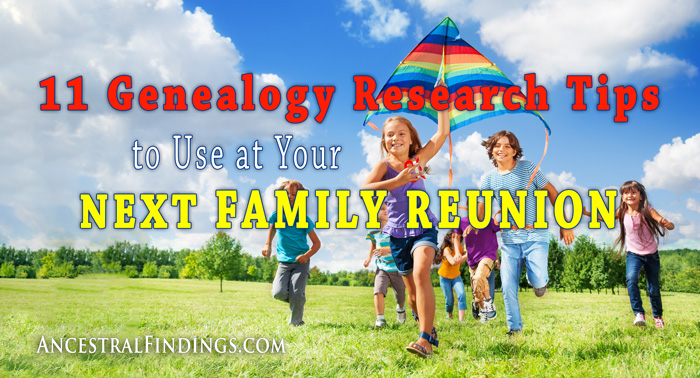