Irish naming patterns were very precise for about two centuries. Here’s how you can use the patterns to find your Irish ancestors.

Naming patterns are often important in genealogy research. It has long been a custom in families around the world to name children after fathers, mothers, grandparents, and other important relatives or even friends. With the advent of middle names in the mid-19th century in America, the potential for honoring family members through a child’s name increased dramatically. Middle names often became a vehicle for the preservation of a mother’s maiden name or the name of a prominent ancestor in that family. Names are very useful in tracking down lineages when little or no paper trail exists.

The thing about names is that they can give you clues as to a person’s lineage, but they still need to be backed up by other sources in order to prove your guesses. With Irish names, it is somewhat different. The Irish used a very particular naming pattern for children for about two centuries, beginning in the late 1700s and going through the early to mid-1900s. While not all Irish families followed the pattern or followed it exactly, enough of them did that you can use first names with relative certainty to learn more about an Irish ancestor’s unknown lineage. You still need to back it up with some documented proof, as with anything in genealogy, but you can be much more certain of the accuracy of your guesses when you look at the traditional Irish naming pattern and compare it to your family tree.

This is how the Irish (both in Ireland and the first and second generation Irish immigrants to America) named their children for two centuries:

1. The eldest son was named after the child’s paternal grandfather.

2. The second son was named after that child’s maternal grandfather.

3. The third son was named after the father.

4. The fourth son was named after the child’s eldest paternal uncle.

5. Subsequent sons were named after other paternal uncles, in order of the age of the uncles.

1. The eldest daughter was named after the child’s maternal grandmother.

2. The second daughter was named after the child’s paternal grandmother.

3. The third daughter was named after the mother.

4. The fourth daughter was named after the child’s eldest maternal aunt.

5. Subsequent daughters were named after other maternal aunts, in order of the age of the aunts.

Again, while these naming patterns weren’t always followed exactly (especially if there were only one or two children, in which case the father’s relatives took precedent in the naming of the children), they were followed pretty closely. If you have an Irish immigrant ancestor, for example, and do not know anything of their parentage, you can use this naming pattern to get ideas of what to look for in your search.

If you have established whole Irish families in your family tree, look at the naming patterns. You will probably see something quite similar, and maybe even exactly like the one above. When you use it to tease the names of unknown parents and grandparents out of your Irish family tree, you may be surprised with just how accurate it is when you finally get the documentation that proves the previously unknown names. 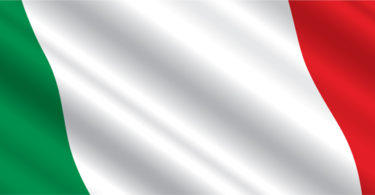 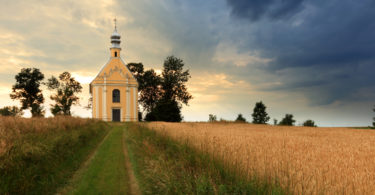