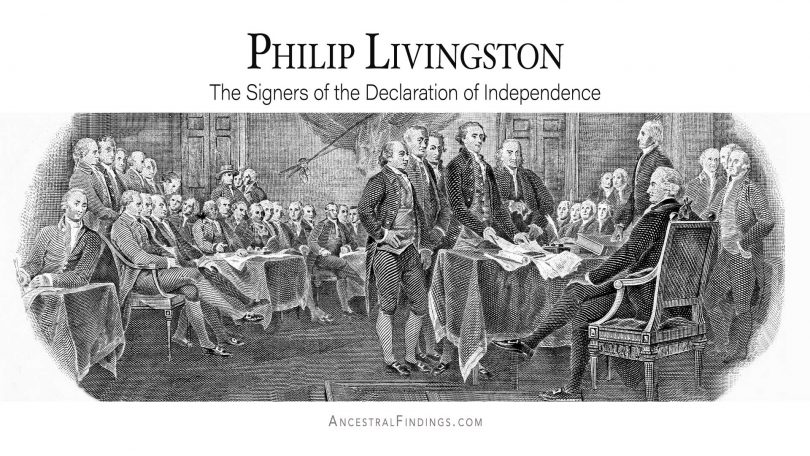 Philip Livingston was a signer of the Declaration of Independence. While not one of the well-known ones, Philip was nonetheless a busy and industrious politician, merchant, and investor. A native of Albany, New York, Philip later moved to New York City, and there are several things named after him in both places. This is his story, too often untold.

Philip Livingston was born in Albany, New York in January of 1716. Philip was the fourth son to survive childhood of Philip Livingston and Catherine Van Brugh. Catherine was the daughter of the mayor of Albany, Pieter Van Brugh. Philip grew up in Albany, going between his father’s townhouse in Albany proper and the family’s manor house in nearby Linlithgo (which was at the junction of the Roeliff Jansen Kill and the Hudson River).

Philip attended Yale and graduated in 1737. After graduating, he came back to Albany and began a mercantile apprenticeship with his father. Because his father was an influential man in Albany, Philip was also able to obtain prestigious clerkships in the local government there. These clerkships were the foundations of Philip’s later political career.

After serving his apprenticeship, Philip moved to New York City, and began a business in importing. He did trading with the British sugar plantations in the West Indies. He also made a fortune in privateering (aka, pirating) and provisioning during King George’s War (which went from 1744 to 1748). In addition to these business enterprises, Philip also invested in real estate and in the slave trade, spending substantial amounts of money in each of these ventures.

Philip owned a stone townhouse in Duke Street in Manhattan. He also had a forty acre estate in Brooklyn Heights. As he worked in his career as a merchant, he also served in his first official political position when he was selected as an Alderman of the East Ward of New York City, a position he served in from 1754 to 1762.

Philip was active in promoting the founding of Kings College. He also helped to organize and set up the New York Public Library in 1754. In addition, he founded the first Chamber of Commerce in New York City in 1770. In 1756, Philip was the president, as well as a founding member, of the St. Andrew’s Society, which was the first benevolent group in New York. In addition, Philip was one of the first governors of the New York Hospital. Philip Livingston was a busy and intrepid man.

When revolutionary sentiment began to run high in the American colonies, Philip attended the Stamp Act Congress in October of 1765. This congress produced what became the first formal protest to the crown on behalf of the colonies. This protest was basically a prelude to the American Revolution. Philip later joined the Committee of Correspondence from New York City, which was a committee that kept in touch with leaders from other colonies to discuss the political goings on that affected the colonies as a whole.

New York established the New York Provincial Congress in 1775, and Philip became its president. While serving in this role, he was selected to be a delegate to the Continental Congress. Philip was not the only member of his family to be on the Continental Congress. Philip’s brother William was also on the Congress as a delegate from New Jersey. While on the Continental Congress, Philip signed the Olive Branch Petition, which was the colonies’ last attempt to make peace with the Crown before declaring war. Philip was not an advocate of a complete break with Britain at first, which was not an unusual position for a lot of the early Founding Fathers. Eventually, though, Philip realized that independence was the only way forward for the colonies, especially after the Olive Branch Petition was rejected by the king.

Philip was on the Continental Congress when the Declaration of Independence was written and officially adopted, and he signed it while serving in his role as delegate there. The British occupied New York City for a time during the American Revolution. When they did, Philip took his family and went to Kingston, New York, where he owned a residence as part of his large real estate portfolio.

While moving from place to place to avoid the British, Philip suffered from dropsy in 1778, and his health took a downward turn from there. Philip passed away shortly after, in June of 1778. Though his health was not great at the time, his death was sudden and unexpected. In fact, he was attending the sixth session of Congress in York, Pennsylvania when it happened. As such, Philip was buried at the Prospect Hill Cemetery there.

Philip married Christina Ten Broek in April of 1740. Christina was the daughter of Dirck Ten Broek and Margarita Cuyler, and the sister of Albany mayor Abraham Ten Broek. Philip and Christina had nine children together.

Today, there are a few monuments and honorifics to Philip Livingston. He may not be one of the well-known of the Signers of the Declaration of Independence, but he is not entirely forgotten by history, either. In fact, in several genealogies written about his children’s families mention Philip and refer to him as “the signer.” There is a Livingston Avenue in Albany, New York that is named after him, as well as a Philip Livingston Magnet Academy, also in Albany, that is named for him. In Brooklyn, PS 261 in Boerum Hill is also named for him. 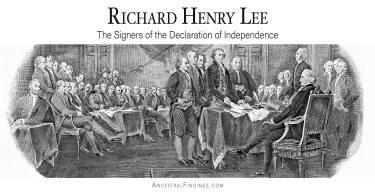 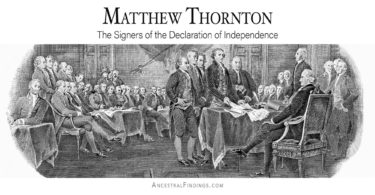