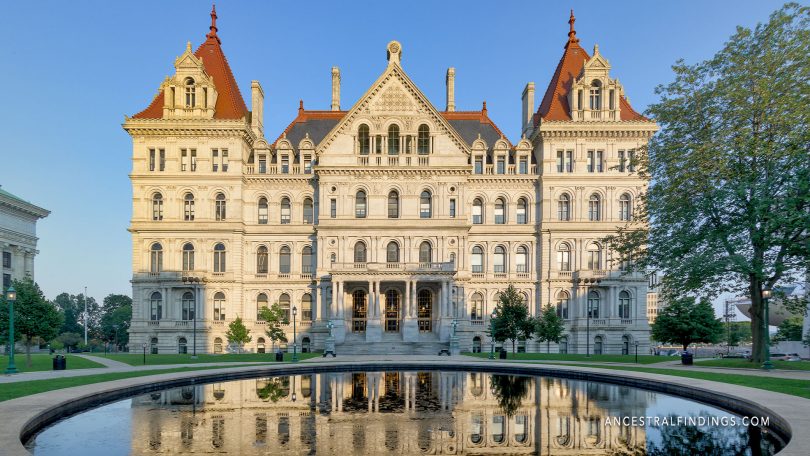 Albany is the capital of the state of New York and has been since 1797. However, Europeans were living at Albany for about a century and a half before that, and Native Americans prior to that. Albany has an interesting history as both a state capital and as a historical place. Here’s what you need to know about Albany.

Albany is the capital of the state of New York. It is also the county seat of Albany County and the largest city in that county. It is about 135 miles north of New York City, and about ten miles south of where the Hudson and Mohawk Rivers connect. Albany is part of the Albany-Schenectady-Troy Metropolitan Statistical Area, which includes Albany, Troy, Saratoga Springs, and Schenectady. This combined metropolitan area has a population of about 1.1 million people, making it the third most populous metropolitan area in the state. Albany itself has a population of about 97,000 people.

While Native Americans inhabited the area that is now Albany before European settlers came there, the first Europeans to arrive did so in 1614. This was when Dutch settlers established Fort Nassau where Albany would one day be. In 1624, the Dutch settlers built Fort Orange there, as well. The English took over the Albany area from the Dutch in 1664 and renamed the forts as Albany, which was in honor of the Duke of Albany, who would go on to become King James II of England (and King James VII of Scotland, as this was before both kingdoms were united).

Albany got its official charter in 1686, establishing it as an official English settlement. It was named the capital of the new state of New York in 1797, after the American Revolution was won and the new Constitution of the United States was settled upon, replacing the earlier Articles of Confederation. Today, Albany is one of the oldest surviving cities from the original thirteen British colonies and has the honor of being the longest continuously chartered city in the nation.

Albany was a center for trade in the 18th and 19th centuries. Its location along the Hudson River at the point that was the original end of the Erie Canal made it perfect for travel by boat to the Great Lakes. Albany was also the early home to some of the nation’s most powerful railroad companies. The city declined in prominence somewhat in the 20th century, due to urban sprawl and suburbanization, and many people left the city. The New York State Legislature approved $234 million in the 1990s to be devoted to construction of new buildings and renovation of older ones in Albany, especially in its historic downtown area. The 21st century has, so far, seen Albany increase in population, and experienced tremendous growth in the technology industry, particularly in the area of nanotechnology, which is a promising new industry for the planet.

Before the Europeans came to Albany, it was inhabited by the Mohican Native American tribe (also called the Mahican). This was an Algonquin-speaking tribe and was possibly the earliest tribe to inhabit the area, although that cannot be said with complete certainty. It is certainly the earliest known tribe to inhabit the area. The Mohican tribe called the Albany area Pempotowwuthut-Muhhcanneuw, which means “the fireplace of the Mohican nation.”

The Mohicans inhabited the area of Albany that is along the Hudson River. Along the neighboring Mohawk River was the Mohawk tribe, which was an Iroquoian-speaking tribe. The Mohawk tribe referred to the Albany area as “Sche-negh-ta-da,” which is where the modern city of Schenectady obtained its name, and it means “through the pine woods.” The Mohawk were one of the five nations that made up the famous Iroquois Confederacy, also referred to as the Haudenosaunee. They were good and powerful trading partners with both the Dutch and the English settlers. It is believed the Albany area was visited by fur traders from Europe as early as 1540, but this has not been determined with any certainty.

The Dutch first claimed the Albany area in 1609, when Henry Hudson, an Englishman who was on an exploring expedition for the Dutch-owned East India Company, sailed there on the ship, the Half Moon. When he arrived, he claimed the area for The Netherlands. The first documented European structure there, called Fort Nassau, wasn’t built until 1614. The Dutch commenced to fur trading at Fort Nassau, but the French colonists in Canada did not like this. They were already trading fur with the Native tribes and viewed the Dutch settlers as competition. The Natives who were trading with the French also viewed the Dutch as competition, as the Dutch were trading with different tribes. Both Fort Nassau and the later Fort Orange were incorporated together in 1652 as the village of Beverwiick (Beaverwick in English). The Dutch, the Mohican, and the Mohawk all developed good trading relations with each other during the time the Dutch were the primary European influence in the Albany area.

Both during the Revolutionary War and just after it, Albany was a hotbed for real estate transactions. While the war raged on elsewhere in the colonies, the area of New York around the Hudson River was generally peaceful after the defeat of John Burgoyne by Horatio Gates at the Battle of Saratoga in 1777. People naturally wanted to come live in a place where the war wouldn’t affect them, their livelihoods, or the safety of their families. In fact, people began moving to the Albany area from as far away as Connecticut and Vermont during and just after the war, thanks to the advantages that living along the Hudson River provided. Albany’s proximity to New York City (only a few days downriver by boat in those times) also made it a desirable location to move to.

At the nation’s first census in 1790, Albany reported a population of almost 3,500, which was an almost seven hundred percent increase from the time it received its English charter a century prior. 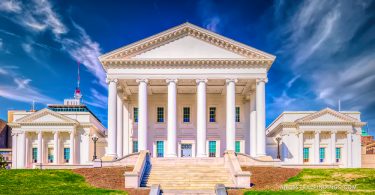 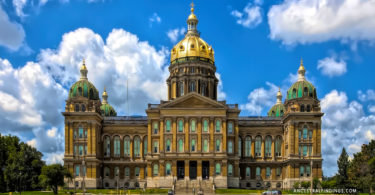