Do you have Canadian ancestors you wish to research? Are you wondering where to start? This list gives you five of the best websites for doing Canadian genealogy online.

Do you have any Canadian genealogy in your family history? Many people do, especially in North America and the United Kingdom. Being on the same continent, quite a bit of travel and immigration between the United States and Canada, and even Mexico and Canada has taken place over the centuries since European colonization began. There is also much travel between the UK and Canada, especially in the past century, as Canada is technically part of the British Commonwealth, and the British monarch is head of state there. Even one of Queen Elizabeth II’s granddaughters lives in Canada with her husband and child. There has also been a smaller amount of mixing between France and Canada, particularly in the French-speaking province of Quebec. Also, French fur trappers and traders were among the first Europeans to spend lengthy periods of time each year in North America, before colonization, and they largely camped in what is now Canada; this also made them among the first to marry into Native families and to learn Native languages.

One interesting, but as yet unproven, story in my family history is that one of my great-great-great grandfathers originally came to the United States from Prince Edward Island, Canada, to escape a girl whom he’d gotten pregnant. Research into Prince Edward Island archives hasn’t proven much, as he has a very common first and last name, but I do know from his marriage record that his parents were from Scotland. So, it seems this branch of the family only had a short sojourn in Canada, but they were still there, and that means I need to explore Canadian archives to research them. If you need to research your Canadian ancestors, too, you are in luck. There are plenty of Canadian genealogical resources available that you can access without even leaving home. Of course, a trip to Canada to look into archives in person is a wonderful idea, but you can still get tons of research done on Canadian genealogy websites. Here are some of the best ones.

1) Ancestry.com: The premier genealogy website on the Internet has a treasure trove of Canadian genealogical sources for you. You can sign up for a free two-week trial, but, of course, you will want to get an actual subscription if you have a lot of research to do over a long period, or have an ongoing interest in genealogy. Just a few examples of the hundreds of Canadian genealogical resources Ancestry has (and is adding to all the time) include:

This is one record collection you definitely do not want to miss on your Canadian genealogy research journey. You will find so much of use to you here.

2) Canadiana.ca:  This Canadian government website is terrific for genealogists. Its purpose is to digitize the past in Canada. On this website, you will find such wonderful genealogical things as rare books, parish records, passenger and ship records, books of land ownership, and much more. You will find records here that are not available anywhere else outside of the physical repository where they are kept in Canada. Most of these are records you would have to go to Canada to access, so the fact that the government is making a point to put them online is a huge win for genealogists.

3) Library and Archives Canada:  This site has census, military, immigration, travel, and land records pertaining to Canada and its residents of the past.

4) Programme de Recherche en Démographie Historique:  This is an excellent collection of online French Canadian records. Whether your ancestors came to Canada directly from France or via the British colonies (later the United States), there is almost sure to be something here of interest to you. Remember, it was not uncommon for British colonists in Massachusetts and New Hampshire during the 17th and early 18th centuries to be captured by Natives and sold to the French in Canada, usually in the Quebec area. While some of these captured people eventually returned to the colonies, most of them never did, and usually converted to the French Catholic religion and married into French families. You will find records of many of these people here. There are three different databases here, each with different types of records.  The records range from about 1621 to 1799, as well as indexes of baptisms and burials to 1849, and marriages to 1911. You can search the site for free, but you will need to pay to look at the results. The cost is about $25 per 150 hits on your search names.

5) FamilySearch Canadian Genealogy Page:  This site gives you good, useable information for tracking down ancestors in each of Canada’s individual provinces. Each Canadian province has its own provincial set of records pertaining to that location, and this site has links to genealogy-oriented information for unique and province-specific ways for researching your ancestors in each one. Some provinces have different accepted research methods for looking up ancestors than others, and this page serves as your perfect guide. It is extremely helpful to anyone with Canadian genealogy, but especially to those who already know from which province their ancestor came.

Researching your ancestors in Canada is an exciting personal journey that will likely give you some amazing family history stories along the way. The European settlement of Canada took place over the course of four hundred years, and there is an abundance of records that have been preserved during that time. You could even go to the UK or France to look up information on ancestors who went to Canada from those places, but you are just as likely to find the records you seek in Canada itself. These websites serve as superb starting points for any Canadian genealogy journey. 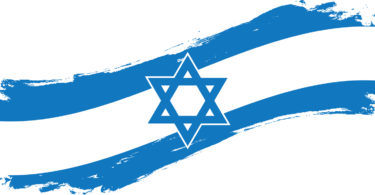