Have you ever wondered what the difference is between Jr and II after someone’s name? It seems like it would mean the same thing, but these suffixes are actually quite different. Here is what you need to know, so you can be more accurate with understanding your genealogy research.

You have seen people with a II after their name, and with a Jr. Since both seem to indicate a person is named after someone else, is there a difference between the two, and if so, what is it? This is an important question for genealogists, as it will impact your understanding of your research. To have the most accurate research possible, knowing the difference between II and Jr is important — and there is a difference.

It is common to want one’s children to be like you, or like a treasured family member who came before them. Back in the old days, when child mortality was high, it was common to name a child after an older child who had died — and the name used, in turn, was usually either a family name that had been used a lot over several generations or the name of a recent or contemporary relative the parents wanted to honor.

However, the most common type of naming, when it comes to naming a child after someone, in particular, is to name a boy after his father or another family member of the same name (usually one who did great things, was well known, or was highly respected, in the hopes the child would follow in those venerable footsteps). You can see this type of naming pattern quite clearly in the kings (and sometimes queens) of old. There have been eight kings of England named Henry, and another eight named Edward, for example. It is easy to see here that the kings and queens were being named after previous monarchs of the same name, sometimes their parents and sometimes earlier royal branches on their family tree.

However, with regular people, the use of II and Jr can sometimes be confusing. There is nothing set in stone about how these two name suffixes should be used, but there is a common usage. That common usage is to use Jr when the child is being named directly after his father and to use II when the child is to have the name of an earlier male relative, such as a grandfather, uncle, great-uncle, great-grandfather, etc.

The Jr suffix has some other unofficial rules associated with it. One of these is that calling a man Sr is only to be done after he has passed, and also only when his Jr offspring has married. It is also usually expected that a father still is alive if a child is called Jr. If the child is born posthumously, and the mother wants to name him after the father, he should be called II.

Of course, none of these are legal rules for naming. Anyone is free to name a child however they wish. These are just some of the common and traditional uses of Jr and II. You could, for example, follow the example of Phoebe’s half-brother Frank Jr on the TV show Friends, who named his son Frank Jr Jr (though your child would probably not thank you for that).

When it comes to the II suffix, it is traditionally used when naming a child (usually a boy) after a male family member other than the father. If II is to be used, the name must be exactly the same as the name of the person being honored, including spelling and middle name, or the II suffix would be pointless. You are honoring a relative by naming a child after them, so the name must match perfectly, by logic, if you are going to call them II (i.e., “the second”).

These are old-fashioned rules for naming children, which originated in previous times out of necessity to distinguish people from one another when there was not as much of a variety of different names used as there is today. While it would be perfectly acceptable today to call a boy named after his father II instead of Jr, this was not so in the generations of our ancestors. If you want to follow custom and family tradition, then you should do the same thing. If these things don’t matter that much to you, then do whatever you like best as far as the name goes.

Girls can also be given the suffixes Jr and II, but it is not as common as with boys. It was sometimes done in the generations of our ancestors, but it never became as widely used as it was with boys, since girls took the last names of their husbands when they got married. If a Jr or II was used with a girl, if was often informally, to distinguish her from her mother or whatever other female relatives she had been named after, and only used until she got married (when her full name would become different from that of her namesake). You might find this done with a few girls today, but it is definitely even less common than it was in previous generations.

When it comes to suffixes beyond Jr and II, such as III, IV, and so on, this usually starts with a child of a Jr or II, whether that Jr or II was named for their father or another male relative. When the same name (middle, spelling, and all) is handed down for a third time and subsequent times after that, it does not matter if the original Sr was a father or another like-named male relative. The point, at that point, is that the name is being handed down from generation to generation.

It might also signify that a name has been handed down more than once in the same generation. Famed boxer George Foreman, for example, had five sons, and he named them all after himself. To signify where inline each child fell, George started with Jr, then George III, George IV, George V, and George VI (with the original George the father being George Sr now).

Now that you know the difference between II and Jr, your genealogy research should be much more accurate. You should also have a better idea of naming customs of your ancestors if you choose to name any of your children after them. 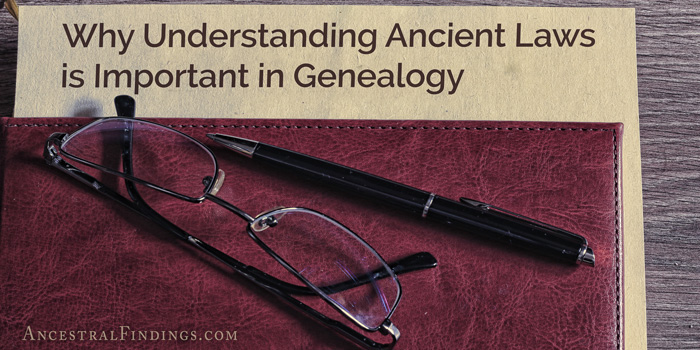