Did your ancestor keep a diary? You may find a treasure trove of genealogical information in it if they did. Here’s a history of diaries in America and how to find out if your ancestors kept them.

Did your ancestors keep diaries? We all hope to find an ancestor who kept a record of their thoughts or daily activities. Diaries reveal who are ancestors were as people like no other documents can do. They also reveal plenty of good genealogical information that may otherwise be lost. The good news is that more people kept diaries in the history of the United States than you may realize. They were actually quite common in the 1800’s. The bad news is that most of these diaries have either long since been lost or destroyed, or sold out of the original families at auction. This doesn’t mean you can’t find your ancestors’ diaries, though.

Many ancient diaries have been collected by local historical societies and donated to the Library of Congress. Others have been sent to large genealogical libraries like the Daughters of the American Revolution library and the New England Historic and Genealogical Society library. A search of the online card catalogs of these places (including the local historical societies where your ancestors lived) will reveal the names of the writers of the diaries they keep for the American public. You may be quite surprised to see your ancestors’ names included in these card catalogs, or at least the names of people who would have known them and may have mentioned them in their diaries.

You can also check the US Genweb site for uploaded old diaries, check Amazon for published ones, and eBay for old diaries that may be going up for auction. Also, don’t forget to ask older relatives if they have diaries or the diaries of even older ancestors that were handed down to them. My great-uncle once surprised me by showing me a diary his father (my great-grandfather) kept when he was 15, in the early 1900s. It include entries before and after his mother died in 1907, the same year he was 15, which gave me great insight into her long illness (stomach cancer), how she fared with it (apparently being very active until the end, or near to it), and how he felt about it (“Poor Mother has died,” is a sentence that he wrote that sticks out in my mind, especially when he’d been writing the week prior of going walking across town to visit relatives with her).

In the early years of colonization of America, diaries were kept primarily by men and were usually planting calendars or records of farming, financial transactions, and/or the weather. They were essentially planners and datebooks, though they still reveal good genealogical information in places. A few female diarists started to emerge in the 1700s, most notably Revolutionary War diarist Mercy Otis Warren, though these writings were still rare. Keeping diaries was largely still something men did. However, the female diarists wrote much more personal details than the male ones. Their diaries are more what we would consider modern diaries, where people wrote about their activities, innermost thoughts, feelings, and relationships with others.

Keeping diaries became a much more female-dominated pursuit in the early 1800s, and more and more women kept them, culminating in the Civil War, where hundreds (or more) of women on both sides of the conflict kept diaries throughout the war years. After that, diary keeping began to be something teenagers did, rather than adults. At first, both male and female teens kept diaries, but it gradually shifted to again be a female-dominated pursuit. Anne Frank, though not an American, is a good example of a typical mid-20th-century teen female diarist. In fact, diary keeping was a popular teenage female pastime from the mid-20th century on, all over the western world.

Today, of course, keeping a diary is much more rare, as young people are turning to record their thoughts and experiences and feelings publicly in online blogs. But if you want to read about the lives of your ancestors from their point of view, look for a diary. If they kept one and you can find it, you’ve struck genealogical gold. 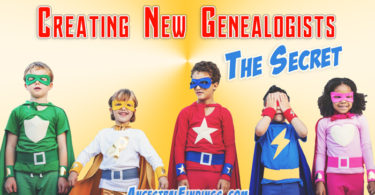