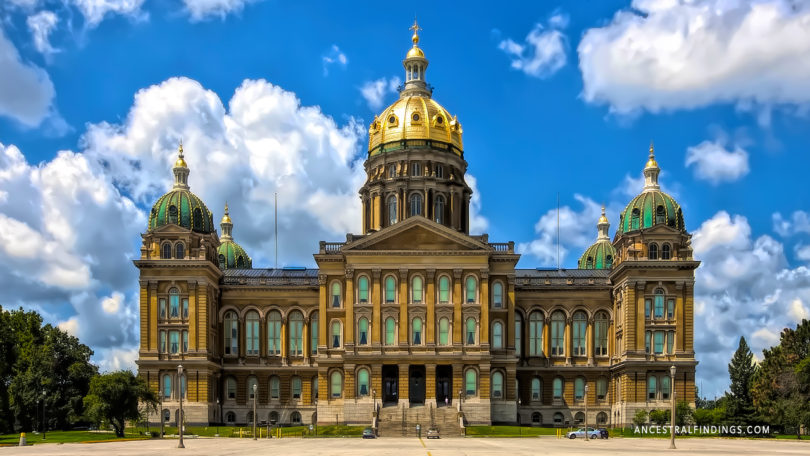 Des Moines is the capital of the state of Iowa. It has a long history of habitation by Native Americans going back thousands of years, and there are clear and numerous archaeological sites that the local tribes left behind. It was not settled by Europeans until 1843 and did not become a large or important city until after the Civil War. Here is the story of the city of Des Moines.

The capital of the state of Iowa is the city of Des Moines. In addition to being the state capital of Iowa, it is also the most populous city in that state and is the county seat of Polk County. A small bit of the city falls within the borders of Warren County. The city was incorporated in 1851 and was called Fort Des Moines at that time. It was later shortened to Des Moines in 1857.

The city is located on the Des Moines River and is named for it. The name of the river is derived from the name early French explorers gave it — Riviere Des Moines, which means River of the Monks.

The city has about 215,000 people living in it, and it is part of the 89th largest metropolitan area in the country in terms of population. It is the largest metropolitan area located within the state of Iowa. It is a major center for the insurance industry in the United States, and also has a large financial services district and publishing center. Des Moines was named the number one spot for US insurance companies in the magazine Business Wire, which also declared the city to be the third-largest insurance capital in the world.

The area that is now Des Moines appears to have been inhabited by humans thousands of years ago. There are quite a few sites of human occupation in the downtown area of Des Moines. One of the most impressive of these is the “Palace” that was discovered in 2010 when excavations were being done to build a new wastewater treatment plant. The Palace has well-preserved footprints of several houses and quite a few ancient graves, as well. There are more than six thousand artifacts thus far that have been excavated at the site.

At least three other ancient Native American villages have been found in or around Des Moines. Also, fifteen to eighteen Native American mounds were documented as being in the area by its earliest settlers. Unfortunately, all of those mounds were destroyed in the building of the city.

The area that is now Des Moines was settled by Europeans in 1843 when Captain James Allen supervised the building of a fort on the site. The fort was supposed to control the local Sauk and Meskwaki Native Americans, who were there because the US government moved them there from their traditional land in the eastern part of the state. The fort was abandoned in 1846 after these two tribes were removed from Iowa entirely and sent to the new Indian Territory in Oklahoma.

The Sauk and Meskwaki did not do well in Des Moines before being removed, anyway. Between the illegal trade in whiskey in which they were involved, and the destruction of their traditional hunting and mercantile areas and paths, their societies were in decline when they were moved from Iowa. One newspaper reported on the situation, saying:

“It is a fact that the location of Fort Des Moines among the Sac and Fox Indians (under its present commander) for the last two years, had corrupted them more and lowered them deeper in the scale of vice and degradation, than all their intercourse with the whites for the ten years previous”.

After being removed from the area, members of the Meskwaki continued to return to Des Moines for another decade, before leaving the area alone for good.

Many features of Fort Des Moines survived the centuries, and are located underneath what is now Martin Luther King, Jr. Parkway and First Street in downtown Des Moines. The soldiers who were stationed there opened the first coal mines in the area and were miners themselves, mining coal from the riverbank to give to the fort’s blacksmith to use.

When non-military settlers of European origin moved into the area, they occupied the abandoned fort at first. In 1846, the state legislature of Iowa declared Des Moines to be the county seat of Polk County. One of the earliest accounts of Des Moines from a European settler came from a woman named Arizona Perkins. She was a school teacher from the east, and she spent the winter of 1850-1851 in Des Moines. She was not impressed with it, writing:

“This is one of the strangest looking “cities” I ever saw… This town is at the juncture of the Des Moines and Raccoon Rivers. It is mostly a level prairie with a few swells or hills around it. We have a court house of “brick” and one church, a plain, framed building belonging to the Methodists. There are two taverns here, one of which has a most important little bell that rings together some fifty boarders. I cannot tell you how many dwellings there are, for I have not counted them; some are of logs, some of brick, some framed, and some are the remains of the old dragoon houses… The people support two papers and there are several dry goods shops. I have been into but four of them… Society is as varied as the buildings are. There are people from nearly every state, and Dutch, Swedes, etc.”

Most of Des Moines was destroyed in a flood in 1851 when the Des Moines and Raccoon Rivers overflowed their banks. Crops were destroyed, and houses and fences were swept away. The city had to be rebuilt from scratch. Later that year, in spite of the flood and the ongoing recovery efforts from it, Des Moines was incorporated as a city, and it was proclaimed by the state legislature to be the new state capital, replacing Iowa City. The population of the city remained small until after the Civil War. Once a railroad was installed in the city the year after the war ended, however, the population in Des Moines really took off, as it became an important transportation hub for people heading west. 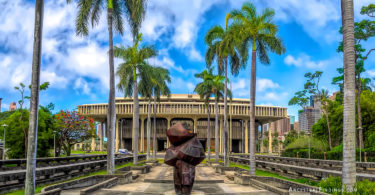 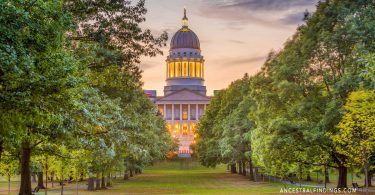