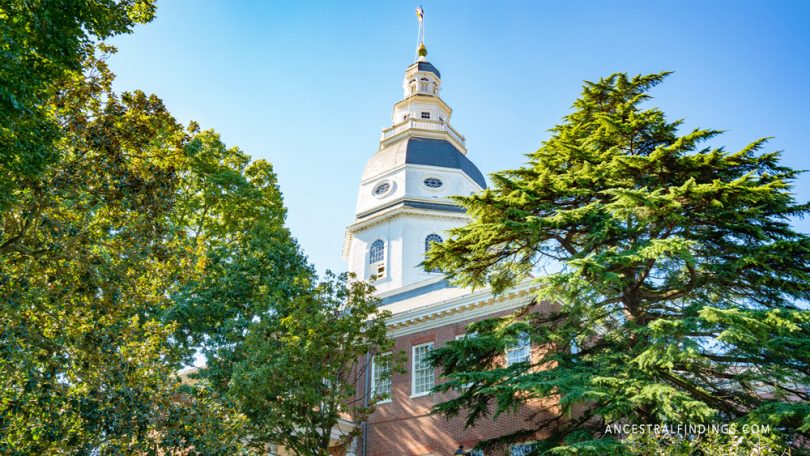 Annapolis is the state capital of the state of Maryland. It has an interesting and important place in American history, including being the first peacetime capital of the country. Here is what you need to know about Annapolis.

Annapolis is the state capital of the state of Maryland in the United States. It is also the county seat of Anne Arundel County. Located along the Chesapeake Bay, Annapolis is to the south of Baltimore, and to the east of Washington, D.C. Annapolis is included in the Baltimore-Washington metropolitan area, and has a population of about 40,000 people.

The city has a long and storied history. It was the seat of the second Continental Congress during the Revolutionary War, and was briefly the capital of the newly formed United States from 1783 to 1784. George Washington resigned his commission as commander of the Continental Army after the Revolution in the Maryland State House at Annapolis. The Treaty of Paris, which officially ended the Revolution, was ratified there shortly thereafter.

Annapolis began as an effort to establish a better-protected town by the early settlers of Maryland. Initially, Puritan settlers settled along the north shore of the Severn River in 1649. They established a town called Providence there. These settlers were exiles from Virginia who were led by Governor William Stone. Later, the settlers moved from Providence to the south shore of the Severn, because it was a better-protected area. The new settlement was called Town at Proctor’s at first, before being renamed Town at the Severn. It was later renamed Anne Arundel’s Towne, after Lady Ann Arundel, who was the wife of Cecil Calvert, second Lord Baltimore.

This is where the town of Annapolis would eventually be, but the road to the new name was still moving. The American colonies were mostly able to stay out of the English Civil War, being fought so far away, but as an English colony, they couldn’t avoid it entirely. Parliamentary forces from England took control of England after the Puritans won the Civil War. William Stone had to go into exile but was ordered back the next year as the leader of a Cavalier force who was loyal to the King of England (who was in exile at that time). One of the few battles of the English Civil War to take place on American soil was the Battle of the Severn, which was the first colonial naval battle in North America. After the battle, Stone was captured by Puritan forces and replaced as Governor of Maryland by Lt. General Josias Fendall. Fendall governed Maryland from the capital until the restoration of King Charles II in England.

Once the King was restored in England, Anne Arundel’s Town was renamed Annapolis, after Princess Anne of Denmark and Norway, who became Queen of England a few decades later. Anne was a niece of King Charles II. Annapolis finally had its permanent name and was officially declared the capital city of Maryland, though it had been serving in that capacity for a while at that point.

Annapolis was officially incorporated as a city in 1708. Colonel John Seymour, who was the Governor of Maryland at the time, wrote to Queen Anne in England in 1709, providing her with the qualifications for municipal officials in the city, as well as provisions for city fairs and market days, which were a common feature of English colony towns at the time.

Annapolis was very small at first but began to blossom from a tiny town into a fully grown city in the 1700s. When the American Revolution came along, Annapolis became a political and administrative capital and port of entry for all of the colonies. It was also a big center for the slave trade on the Atlantic coast. It got its own newspaper, The Maryland Gazette, in 1745. Twenty-four years later, it received its own theater. Commerce was strong there, though declined a little after Baltimore became a port of entry in 1780. The city’s primary industries became water trades, like boatbuilding and sailmaking.

After its stint as the US capital, the Governor of Maryland commissioned a man named John Shaw, who was a local cabinet maker, to make an American flag. Shaw’s design is slightly different from other US flag designs of the time, with the blue background extending over the entire height of the hoist of the flag. In fact, Shaw made two flag designs—one started with a red stripe, and one started with a white stripe.

Delegates from all of the states were invited to Annapolis in 1786 to discuss measures to better regulate commerce in the states. This was called the Annapolis Convention. Only five states sent delegates to the convention—New York, Virginia, New Jersey, Pennsylvania, and Delaware, in addition to the Maryland delegates. The delegates never actually discussed regulations for commerce among the states. Instead, they passed a resolution that called for another convention to convene in Philadelphia the next year to re-write the ineffective Articles of Confederation, which was the governing document for the states at the time. That particular convention ended up writing an entirely new governing document, called the Constitution, which is still in force in the United States to this day.

The State House of Maryland is the oldest one in continuous use in the United States. Construction on it began in 1772. The state legislature met there for the first time in 1779. The largest wooden dome built without nails in the country is on top of the Maryland State House in Annapolis.

Annapolis has been an important city in American history, including being the first peacetime capital of the United States. It is still important today, being the home of a well-known military academy, as well as commerce and historical places and artifacts of interest. It is a state capital with plenty of stories to tell. 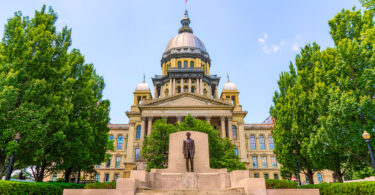 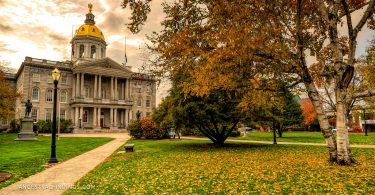