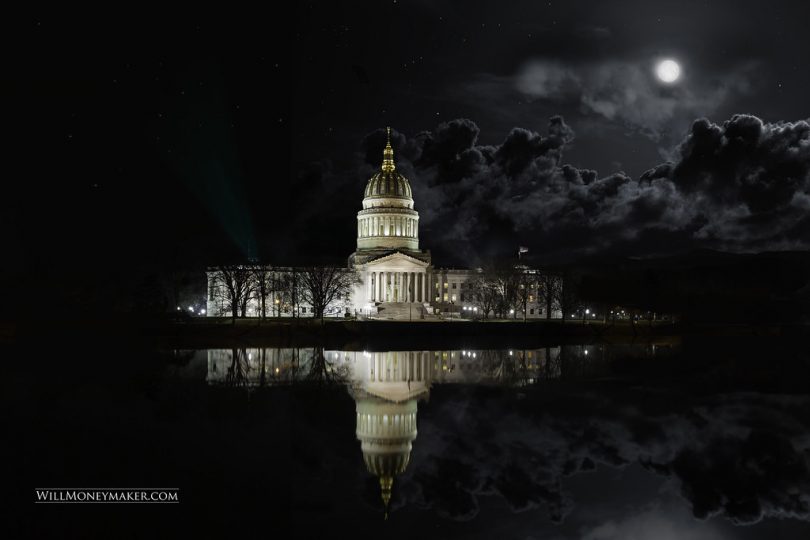 Charleston is the capital of the state of West Virginia. It is known for its prolific production of natural resources like natural gas, salt, and coal. Because of this, it has always been a strategic and desirable location for the United States.

Charleston is also an important center for industry in West Virginia. This was true from early on in the state’s history. Some of the earliest industries in Charleston were salt mining and the production of natural gas from wells. In fact, Charleston had the first natural gas well in the state. Coal later became an important industry there, with coal mines contributing a considerable amount to the economic prosperity of the city. Utilities, trade, medicine, and education are also important industries to modern Charleston, West Virginia.

The city was settled by those of European descent with the building of Fort Lee in 1787. Daniel Boone was one of the original settlers of the Charleston area and was a member of the Kanawha County Assembly when it was first put together in the late 1700s.

One of the first known Europeans to own land in the Charleston area was Thomas Bullitt, who was deeded 1,250 acres in the area in 1773. His brother Cuthbert Bullitt inherited this land in 1778. Cuthbert sold the land to Colonel George Clendenin in 1786. The Colonel’s relative, Colonel Savannah Clendenin, built Fort Lee upon the land in 1787, and this became the first permanent settlement of those of European descent in what would become Charleston. In fact, Fort Lee stood at what is now the intersection of Brooks Street and Kanawha Boulevard in Charleston. Savannah Clendenin’s Virginia Rangers company were the first people to occupy the fort.

This all took place just before and during the Revolutionary War. After the war, American pioneers looking for more space and land outside the crowded colonial cities moved to West Virginia and other nearby western territories of the United States. They quickly found (or already knew about) the early settlements there and made these places their new homes. The many natural resources in Charleston made it a popular place for those moving west to settle, and it became the largest city in West Virginia and the state capital.

In 1794, six years after Fort Lee was built, the Virginia General Assembly officially made Charleston a town. It sat on forty acres at the time, and thirty-five people lived there, across seven houses.

The county in which Charleston sits is Kanawha County. This unusual name comes from the local Iroquoian dialects of the Native people who lived there at the time of European exploration and settlement. The word means “water way” or “canoe way,” depending on the dialect being used for interpretation. This is because there is a river that flows through the Charleston area that is now named the Kanawha River. The original, Native American pronunciation was “Kah-Nah.” Later, as more Americans and immigrants of various national backgrounds moved into the area, the first “h” sound in the name was dropped. Now, it is just pronounced “Ka-NAH.”

Charleston enjoyed steady growth until the Civil War in 1861. The state of Virginia, of which West Virginia was then a part, voted to secede from the Union. However, the western part of the state had much more divided loyalties than the rest of Virginia. About half of the people living in western Virginia supported the Confederacy, while the other half were staunch supporters of the Union. There was a battle between the Confederacy and the Union in Charleston in September of 1862, and the Confederacy won. Yet, they did not keep the city for long. The Union army returned to Charleston six weeks later and took control of the city back from the Confederates. The Union army occupied Charleston for the rest of the war.

This situation created a quandary for President Abraham Lincoln. Virginia was a part of the Confederacy, yet the Union controlled the western part of that state. Lincoln pondered what to do about this situation and finally came up with the solution of making western Virginia its own state. This he did by Presidential Proclamation in June of 1863, making West Virginia the nation’s thirty-fifth state. Congress recognized West Virginia’s new statehood at the same time that Lincoln declared it.

While slavery was a primary reason for wanting to make West Virginia part of the Union (it being a mostly non-slaveholding area), there were economic reasons for wanting to claim western Virginia for the Union, too. There were successful and important industries that could help the Union cause, such as the coal mining that supplied the steel manufacturing business in Ohio. With Union control of West Virginia, Union soldiers were free to march there, collect the coal, and bring it back to Ohio without issue.

Naturally, now that there was a new state, a capital for it had to be selected. This was not done until well after the Civil War when the citizens of West Virginia voted in 1877 to make Charleston the capital. Clarksburg and Martinsburg were also considered, but Charleston won by a landslide. 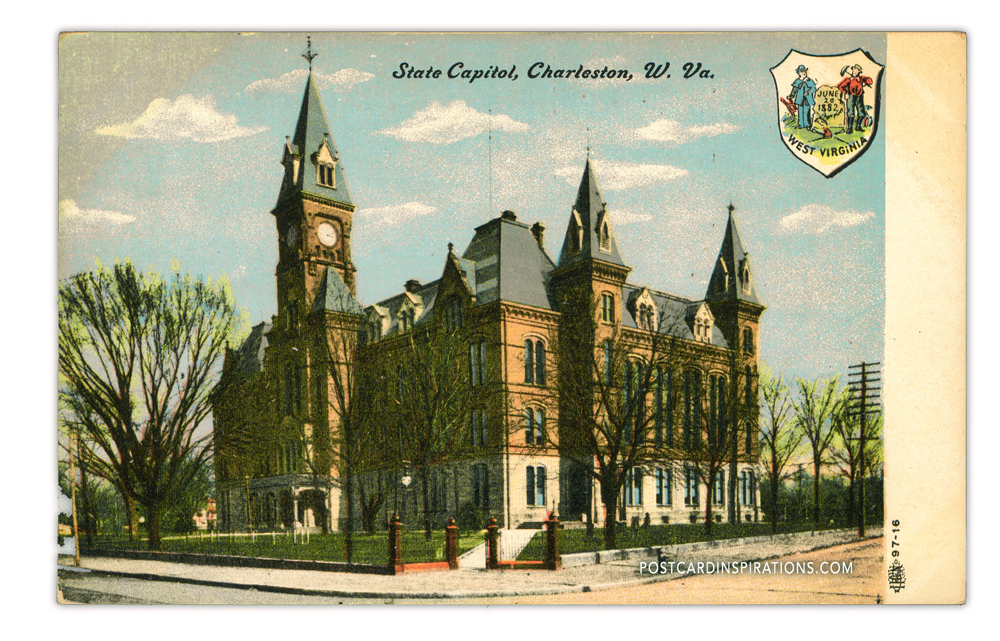 The first state capitol building was erected in Charleston in 1885. It burned down in 1921. Another building was put up to take its place, but it was a shoddily and haphazardly constructed building. It burned down in 1927. A Capitol Building Commission had been created by the state legislature after the first building burned down in 1921, and this commission authorized the construction of another Capitol building. This is the one that is still in use today. It was designed by Cass Gilbert and made out of buff-colored limestone from Indiana. Built-in the Italian Renaissance style, the building, cost about ten million dollars to make. It was completed and dedicated by Governor William G. Conley in June of 1932. 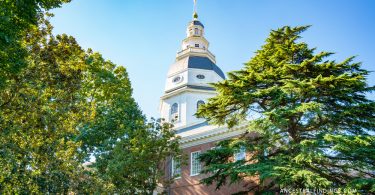