If you have been doing genealogy for a while, you will no doubt have come across the work of other genealogists. There are user-submitted online family trees on many different well-known genealogy websites. Ancestry.com and FamilySearch.org are the sites where you will find the most user-submitted trees, but they are everywhere in smaller numbers. Places like GenWeb, Fold3, American Ancestors and most of the DNA testing websites have user-submitted trees, too. You may be tempted to take the information on these trees and use it as your own if these trees are talking about your ancestors. However, take a moment before you copy that information. Here are some things you should consider before using someone else’s research.

This is one of the biggest issues with using other people’s family trees online. Most of them do not have sources. Therefore, you cannot trust that the information is correct. Even if you see the same information across many family trees of that same family online, it all means nothing without sources being cited. Otherwise, you can just assume that most of these trees are people copying information from each other. You don’t want to put unverified information on your family tree. Just because it is online, sometimes on a lot of different trees, doesn’t mean it’s correct.

There have been well-known genealogical instances where trees that were thought to be established for centuries were later proven to be incorrect. The trees were based on family lore or an incorrect interpretation of the available records and even published in genealogical magazines. Then, later, when someone actually took the time to research the information, or look at the old information in a new way, that tree was proven to be wrong. It’s happened more than once, even to professional genealogists. Don’t let it happen to you. Make sure there are sources and verify them. Look at them yourself, if possible. Your tree will be much more likely to be accurate this way.

Do the Dates Make Sense?

You have to look quite carefully at online trees because a lot of people don’t pay attention to the information they are copying. If you look closely, you will see a lot of odd things on some of these trees. One of the more common things is dates that do not make sense. You will often see dates of birth that are after the death date of the mother, or before the mother could realistically be old enough to give birth to children. You will sometimes see children who are listed as older than one or both of their parents. When people copy information from other online trees, they either make mistakes in copying them that other people will then copy, or they don’t pay attention to what they are copying and don’t see the discrepancies. If you are using information from someone else’s online tree, make sure the dates make sense or don’t use the research. Investigate that family line further, on your own, to establish the correct names, dates, and relationships.

Are Children Listed With Their Correct Mothers?

Are the Dates and Places of Birth Historically Possible?

With immigrant ancestors, there is a tendency for online trees to play fast and loose with history. If you are looking for your immigrant ancestor, and they go back to the time of European colonization, you will find trees that are just plain wrong. The English were the first European nation to establish a permanent settlement in North America, with the exception of Spain in St. Augustine, FL a few decades before the English. Before this, Spanish missionaries came to the American West but established missions instead of colonies. When new people stopped coming to staff the missions, there was no European settlement left after it. The French came to North America long before the English, but they did not establish permanent settlements. They came to do fur trapping on a seasonal basis and went back to France in between seasons. Some of them married into local Native American tribes, but again, no permanent settlements were made. The Dutch established New York as a permanent settlement, but not before the English established colonies in Virginia and Massachusetts.

If you see an ancestor on an online tree with a birthdate before 1607 in Virginia (the date of the Jamestown settlement) or before 1620 in Massachusetts (the date of the Plymouth settlement), you know that person could not have been born in North America. They were likely born in England, like their parents. They may have come over later in one of the great immigrations, but they were not born in North America. Look further into their history with documentation to determine their real date and place of birth. Doing these things before using other people’s research online will ensure your own tree is as accurate as it can possibly be. 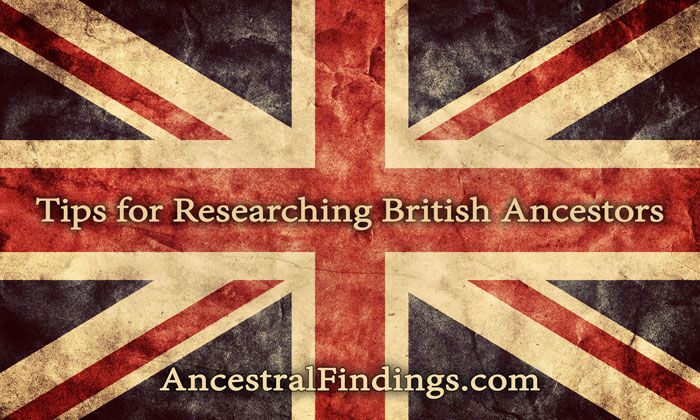