The 1850s were not the quiet, uneventful decade that the history books usually portray them as being. In fact, there were a lot of important events going on around the globe. Our ancestors got to enjoy new inventions, new literary works of art, and new scientific discoveries. These are some of the highlights of a most remarkable time.

So, what was going on in the 1850s that might have affected or impacted the lives of your ancestors? While we don’t usually hear much about this decade in history classes, that is mostly because it was a quiet decade in the United States. This wasn’t true for the rest of the world.

In fact, for most of the world, the 1850s were a pretty turbulent decade that saw wars such as the Crimean War and the Second War of Italian Independence, the expansion of colonialism in the far East, and a variety of political conflicts. It also saw some pretty impressive inventions come into the world and some big leaps forward in world culture. These are some of the highlights of the 1850s.

Transpacific Telegraph Cable
The first transpacific telegraph cable was laid in the 1850s, allowing for near instant communication between the United States and far eastern countries like China, Japan, Korea, and Vietnam.

The First Modern Elevator
Elisha Otis invented the first modern safety elevator in this decade, and it was soon a staple feature in buildings with more than one floor to them. Otis elevators can still be found in buildings around the world today.

The Sewing Machine
The first automatic sewing machine to achieve commercial success was invented and put on the market by Isaac Singer. The household sewing chores for women would forever be easier with this innovative invention, and most women wanted one. Eventually, most would have one.

New Words and Works of Literary Art
The words boyfriend and girlfriend appeared in writing for the first time in 1856 and 1855, respectively. In addition, there were some famous works of literary art published in this decade, including The Scarlet Letter, Bartleby the Scrivener, Villette, North and South, Hard Times, Bleak House, Little Dorrit, and A Tale of Two Cities.

Our ancestors had much to enjoy about life in the 1850s. There were new inventions to make their lives easier, new novels to keep them entertained and educated, and new scientific discoveries to give them a better understanding of their world. While the decade seems like a quiet one, there was much more going on than the history books usually report. Our ancestors who lived during this time got to experience and enjoy it. 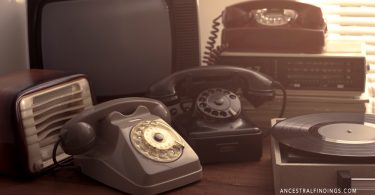 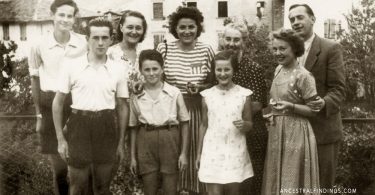