Who was the Marquis de Lafayette? He was the most important foreign ally of the colonies during the Revolution. Here is the story of this remarkable man.

The Marquis de Lafayette was America’s most prominent, helpful, and famous foreign participant in the Revolution. His contributions to the American’s revolutionary cause are so numerous that dozens of places across the country are named after him, and American citizens regularly named their children after him for more than a century after the war. He was a protégé of George Washington, who considered the Marquis as a son, and a close, personal friend of Thomas Jefferson. He did two tours in the Revolution, returning to France once in between, and came back again nearly fifty years after the conflict in order to tour the country he was so instrumental in creating (and was met with great public fanfare upon his arrival).

Born Marie-Joseph Paul Yves Roch Gilbert du Motier (September 6, 1757 – ay 20, 1834), Lafayette inherited his title and the name he was most commonly known by (Lafayette) after his father died during one of France’s many conflicts with the British.

Before becoming an American and French hero, the Marquis de Lafayette served as a Black Musketeer to the French king as a teenager, was given the best of educations by his widowed mother and great-grandmother, inherited the title of Marquis from his father, and married the daughter of a Duke in 1774. The marriage was arranged but without the couple’s knowledge. Because the duke’s wife thought both bride and groom were too young to wed when it was first proposed among them and Lafayette’s mother and uncle, it was arranged for Lafayette and his intended bride to casually meet as often as possible to get to know each other better. By the time the duke’s wife thought they were old enough to wed, two years later, Lafayette and the girl, Marie Adrienne Francoise, had already fallen in love on their own, and were happily married more than thirty-three years, for the rest of Marie’s life. The couple had at least two daughters together.

Lafayette was a big believer in the Americans’ cause from the beginning, and his position as a member of the French nobility and of a wealthy, landowning family, gave him the necessary influence to talk to the king and try to convince him to lend more military and monetary support to the revolutionaries. Some of those pleas succeeded, though not all of them did. Lafayette always thought France could do more to help the Americans.

Upon his arrival in America the first time, a trip he took without the permission of the French king, he was made a major general in the colonial army by George Washington. He continued to be promoted through the American military ranks as he served with distinction in battle after battle. By the end of the war, he had fought in and/or visited every colony except Georgia. He also helped the Americans win the war in a very direct way, by using the troops under his command to keep the British troops led by Cornwallis back from their invasion in Virginia until American and French troops could arrive and put an end to the battle, forcing Cornwallis to surrender the war to the Americans.

Besides being a hero of the American Revolution, Lafayette is well known as an intimate friend of George Washington. When Lafayette first arrived in America, the American troops were dealing with a deluge of troops from France who could not speak English. Lafayette immediately distinguished himself by being one of the few who could, as he learned it on the ship on the way to America, and was fluent in English within a year of arriving. This opened many doors for him, as did his Masonic membership, and his offering to serve the colonial army without pay. Benjamin Franklin, who met Lafayette when he was the American envoy to France, personally urged the Continental Congress to give Lafayette whatever he needed and wanted to further serve the American cause, as Franklin thought very highly of the young man.

Lafayette met George Washington, who was the commander in chief of the Continental Army, at a dinner in Philadelphia on August 5, 1777, and the two instantly took to each other and formed an unbreakable bond between them. Washington was impressed with Lafayette’s enthusiasm and enjoyed the opportunity to open doors for a fellow Mason. Lafayette was in awe of Washington, who he looked at as practically a god among men in every way. Washington made him part of his personal staff, though without an official title. While the Continental Congress looked on Lafayette’s position in the Continental Army as honorary, Lafayette expected to eventually be given a full commission and his own troops to command. While that did eventually happen, the Continental Army at first refused to do so because of his foreign birth. During this period of confusion as to his status among the Americans, Washington told Lafayette he would keep him in his personal confidence as a friend and father.

After the war, he returned to France and participated in various government positions there, though ended up being imprisoned for five years in Austria when he fled the anti-Royalists during the French Revolution. Napoleon secured his release, though Lafayette refused invitation upon invitation to participate in Napoleon’s government, as it was not a democratic one. After Napoleon’s defeat and the brief restoration of the French monarchy, Lafayette returned to government work for most of the rest of his life. He was even offered a position as French dictator during France’s July Revolution of 1830, but declined it, and supported the man who was next in line in the monarchy, though later turned against the new king when he abandoned democratic principles. In the midst of all of this, he returned to the new United States in 1824 and visited all twenty-four states that were then in the Union, was a guest of the federal government, and met with many old friends, such as Thomas Jefferson, as well as new government leaders, like then-U.S. President James Monroe. Because of his accomplishments in both the United States and France, Lafayette is sometimes referred to as “The Hero of the Two Worlds.” 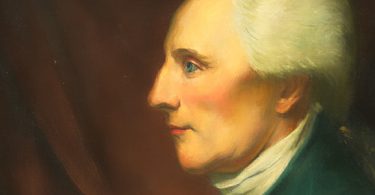 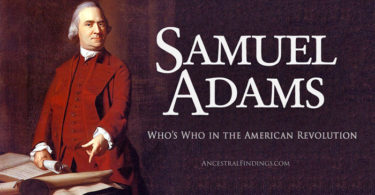