Who was Margaret of Anjou? She was a fierce warrior queen who fought a brave battle for her kingdom, husband, and son. It is time to know her story.

Margaret of Anjou is one of the most controversial figures in the Wars of the Roses. Though she was removed from the playing field before the wars ended, she was a crucial playing piece for nearly three decades. Sometimes referred to as the “She Wolf,” Margaret was a teenage queen who became a fierce warrior who fought hard to protect her husband, her kingdom, and the inheritance rights of her son to the throne of England. While she ultimately lost all three of these things, no one can say Margaret of Anjou didn’t put her all into everything she did, nor question her passion about the things she fought to protect.

Born March 23, 1430, in Pont-a-Mousson, Lorraine, a duchy of the Holy Roman Empire that was ruled by a junior branch of the Valois kings of France, Margaret was the daughter of Rene of Anjou (commonly known as “Good King Rene”) and Isabella, Duchess of Lorraine. She was their second daughter and intended to make a good, political marriage into a noble or royal family from her birth. That good marriage certainly came about when, at fifteen years old, she was wed to King Henry VI of England, becoming queen of that country. Her father was the titular king of Naples, Cicily, and Jerusalem, but had no power there; he was sometimes referred to as the man with many crowns but no kingdoms. Margaret was different. She became an actual queen with power to wield and wield it she did.

Margaret was described as passionate, proud, and strong-willed from the start of her marriage. This was no shrinking violet or timid teenage queen. She may have been young, but mentally and emotionally, she was clearly already a grown woman. When she was married to Henry, it was understood it was her duty to help him recover English territories in France that were lost during the 100 Years War. She was more than prepared to be a champion of the crown in England, and it is a good thing she had those qualities because she needed them almost from the time she was crowned.

Her husband, though a king, was not suited to the role. He had been king since he was only a few months old, and most of his reign had been conducted by regents on his behalf. Though he was old enough to rule on his own when Margaret wed him, he was not really interested in it. Henry was more suited to piety and learning. Those were his interests, not the government. Neither was Henry particularly interested in women. There were no rumors of him being homosexual in secret, as there were with other kings before and after him; Henry appears to have been so intellectual and passionate about learning that he simply had no interest in romantic matters at all. He was also mentally unstable, probably at having this unwanted role of king thrust on him from before he was old enough to even remember being crowned.

Therefore, Henry and Margaret were married for seven years before Margaret became pregnant. There were rumors that Henry was incapable of fathering a child, and the paternity of Margaret’s unborn child was widely questioned amongst both the nobility and the common people of England. Worse, Henry finally suffered a complete mental breakdown while Margaret was pregnant. He didn’t speak for nearly a year and barely moved from his bed during that time. He had to be fed, washed, clothed, and taken care of in every other way by others. Margaret tried her best to keep this information from the public, and quietly asserted her rule as queen while Henry convalesced. She was irritated that Parliament wouldn’t grant her a regency, however, and some of the nobility of England unknowingly made an enemy of her by denying her the role she believed to be rightfully hers.

When her son was born, christened Edward of Westminster, Henry could not speak to acknowledge the child as his. Officially, Edward could not be the English heir until his father recognized him. Rumors about Edward’s paternity continued to fly about the countryside, but, a few months after the birth, Henry finally regained his wits, and formally recognized the boy as his son and heir.

Henry’s unstable mental state gave those who thought they had a better claim to the throne the backing of enough people that they needed to formally challenge his reign, thus beginning the Wars of the Roses. Over the next several years, Henry went back and forth between being incoherent or catatonic, and competent and vocal. After recovering from his second bout of mental illness, Margaret called a Great Council on Henry’s behalf, supposedly to set up a network to protect the king from his enemies. The Duke of York, who had served as regent during the second breakdown of the king’s, was purposefully excluded from this meeting, prompting him to gather an army and fight the king’s forces. The Duke was successful, and Henry was taken, prisoner. Margaret fled to Scotland to try to gather support for her cause.

Several battles later, York’s army finally suffered a serious defeat in which York and his second eldest son were captured and executed by Henry’s army. Margaret returned to England to meet with the liberated king. Two Yorkists had been captured in the battle that killed York, but their only jobs had been to protect Henry and keep him out of harm’s way during the fighting. Henry promised them immunity and safety, but Margaret went behind his back and ordered their executions by beheading. It was a blatant act of vengeance.

A few months later, the York army reformed and defeated the king’s forces again, this time under the leadership of York’s eldest son, Edward. The people of England, tired of the fighting between two royal houses that had nothing to do with them, declared Edward the new king. Henry was taken to the Tower, and Margaret took her son and went to Wales, Scotland, and eventually to France looking for support to get her kingdom back and protect the inheritance rights of her son.

It took nine years, but Margaret was finally able to get the support she needed to make an attempt to take England back. She sent an army on her behalf to fight the Yorks, and they won, restoring Henry and Margaret to their thrones. However, the victory was only temporary. When Margaret finally decided it was safe for she and her son to return to England, with an army at their side, King Edward IV was already back in the country, too, and had his own army. Edward’s army defeated Margaret’s, and her son, who was seventeen and old enough to fight in battle, was killed on the battlefield. Margaret was taken prisoner in the Tower, Edward was restored to the throne for good, and Henry was killed in the Tower the same night Edward was re-crowned.

With no husband, no kingdom, and no son, Margaret had fought hard and gambled everything she had, only to lose it. But, she was fierce, and, as in everything she did, she gave it her all. Part of the reason for her defeat was the desire of the people of England to have an end to the wars and a king who was mentally stable. If there had been more support among the people of England for her cause, she might have won.

As it was, she spent the next several years in the Tower, until her French relatives ransomed her. She went to live in France as a poor relation of the French king. She lived there quietly for another seven years and died in 1482 at the age of 52. Having fought for a kingdom since she was fifteen, it was a good, admirable career for any medieval woman. She was buried next to her parents in Angers Cathedral. And, she never forgot she was a crowned queen, even without a kingdom anymore. For the rest of her life, she began her letters as she always did, with the words, “By the Queen.” 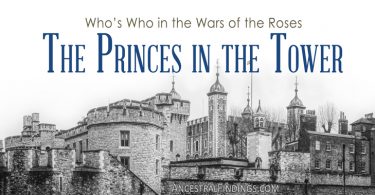