Who was Jasper Tudor? If you are learning about the Wars of the Roses, you will discover he was an important behind-the-scenes player. Here’s his story.

Born in November of 1431, Jasper Tudor was the son of a queen and played one of the most intriguing behind-the-scenes roles in the Wars of the Roses… one that eventually led to the 30-plus year war’s conclusion at the infamous Battle of Bosworth Field. But before he became a political mastermind, manipulator, and spy on behalf of his nephew, Henry Tudor, he was a secret child of an illicit and scandalous love affair that would eventually change the entire monarchy of England and bring about the beginning of the Tudor dynasty of English monarchs.

Jasper’s story really begins before his birth, during the Hundred Years’ War between England and France. King Henry V was on the throne, with his young French queen, Katherine of Valois, by his side. They had one son together, also named Henry. Henry V was considered England’s last great warrior king, and plenty of future kings tried to emulate him (most notably his distant cousin and later king, Henry VIII), but none came close to his success at making war and fighting on the battlefield. Henry V wasn’t immune to the other hazards of the times, though, and died of dysentery on the battlefield at only 35 years old, leaving his 21-year-old queen a widow, and their nine-month-old son the new King Henry VI.

While the infant king had his late father’s many brothers to govern the country for him, and advise him as he got older, his young mother was left largely on her own. At some point early in her widowhood, she began a love affair with her Welsh squire, Owen Tudor. He was far below her station, and the union was kept secret for many years because of its wild unsuitability for the times.

It is unclear to historians whether Owen Tudor and Queen Katherine of Valois married, but whether they did or didn’t, they did have children together. Some historians believe they had as many as six, while others go with three. There are only three children between Owen and Katherine that are definitively historically documented… Edmund, Jasper, and Owen. The personal historian of the later King Henry VII mentions a daughter who became a nun, but nothing more is known of her, or if she was even really a daughter of Owen Tudor and the dowager queen.

The relationship and the children were all secret until the dowager queen went to visit her eldest child, King Henry VI, who was still a minor at the time. She tried to hide her pregnancy, but her water broke prematurely, and she gave birth to Owen at Westminster Abbey. The monks of the abbey took the child from her and raised him as a monk. Edmund and Jasper’s existence became known. The court was scandalized but accepted the union and the children for the sake of the king.

However, when Katherine died after giving birth to a stillborn child in 1437, Owen was arrested for fraternizing with a queen, and imprisoned, while Edmund and Jasper were sent to live with the sister of the 1st Duke of Suffolk, who raised them. Henry VI, their half-brother, was old enough at this time to make some of his own decisions as king, and he decided to accept and embrace his illicit half-siblings, even giving them their own servants as befitted relatives of royalty.

In 1442, King Henry VI took a personal interest in the upbringing of his half-brothers and brought them to court, where he could oversee their religious and moral education, as he was known as an exceptionally pious king. He even publicly recognized Edmund and Jasper as his “uterine brothers,” and gave them titles of nobility. Jasper was created the Earl of Pembroke. Edmund was also elevated to the peerage. Both brothers became Knights of the Garter.

King Henry VI also released Owen Tudor from prison when he was old enough to rule the kingdom on his own, and gave him a royal allowance as the father of his half-brothers. Owen was later killed fighting for Henry VI, his step-son, in one of the beginning battles of the Wars of the Roses.

When the Wars of the Roses began, Jasper and Edmund gave their royal half-brother unwavering loyalty, and Edmund was given the most sought-after heiress in the land to marry as a reward. Unfortunately, Edmund died of the plague early in his marriage to the 13-year-old Margaret Beaufort, but not before he got her pregnant. She gave birth to his son, Henry Tudor, after Edmund’s death, and Jasper became his sister-in-law and nephew’s fiercest protector and defender.

During the war, Jasper alone maintained ties for the Lancastrian side of the conflict in Wales, and he worked hard to promote the rights of his other nephew, Henry VI’s son Edward, to inherit the throne. After the York side came to power and deposed Henry VI, Jasper was declared a traitor and his lands and titles taken from him. The same was done to his young nephew, Henry Tudor. With Henry’s mother re-married to a Yorkist sympathizer, Jasper was Henry’s sole protector (though his mother wanted to be, but wasn’t in a position to do so at the time). He took Henry with Margaret’s blessing and went to France, working there to gain supporters to the Lancastrian cause.

Henry VI was briefly restored to the throne in 1470, and Jasper and Henry were allowed to come back to England and given back their lands and titles. However, the Yorkists deposed Henry VI in 1471, for the second time, and Jasper and Henry went to the European continent to stay in the duchy of Brittany. The new Yorkist king, Edward IV, put pressure on the Duke of Brittany to return the pair to England, but he refused, and they stayed safe. Jasper provided Henry with military training during their time in Brittany, which was to prove amazingly advantageous to the Lancastrians later in the war.

All the time he was in Brittany, Jasper maintained correspondence with Henry’s mother, Margaret, who was now married to her third husband, a man with no particular political loyalty except to whoever was in power at the time. Under Jasper’s tutelage, thanks to his own military training under his half-brother, Henry VI, Henry Tudor became a skilled soldier.

When Henry VI’s only son and heir were killed in battle, and Henry VI himself was killed as a prisoner of the Yorks, Jasper began to work with Henry Tudor’s mother to promote Henry’s position as the last legitimate Lancaster heir. With Jasper’s help and encouragement, Henry mounted an invasion of England in 1485, where his forces killed and defeated the much more battlefield-experienced Yorkist King Richard III, thanks in part to Henry’s step-father waiting on the sidelines to see how the battle was going, and deciding to use his own troops to support his step-son when it looked like he might win.

Henry Tudor was crowned Henry VII on the battlefield by his step-father, with Jasper looking on. As king, Henry VII married the daughter of the original Yorkist king, Edward IV, uniting the houses of York and Lancaster. He also restored all of Jasper’s lands and titles, and even did him one better by making him Duke of Bedford, and giving him Cardiff Castle. After this, Jasper always referred to himself as “the high and mighty Prince Jasper, brother and uncle of Kings, Duke of Bedford and Earl of Pembroke.”

He was married that year to Catherine Woodville, the aunt of his nephew’s new wife. Catherine was the sister of Elizabeth Woodville, Edward IV’s queen. They had no children together, but Jasper did have two illegitimate daughters from a prior relationship. Both daughters married commoners and had children, but died before Jasper did. However, his line lives on through their descendants.

Jasper enjoyed a decade of royal treatment and favor by the nephew he raised, who became king of England and started the Tudor dynasty. Jasper died in 1495, a happy man who had achieved everything he set out to do in life and was buried at Keynsham Abbey in Somerset. He may not be a well-known player in the Wars of the Roses, but his relationship as a half-brother to the last Lancastrian king (as Henry VII considered himself a Tudor king), as well as his raising and training of his nephew who would become king all make him as important of a player in the war as any of the better known ones. Without Jasper Tudor, there likely would have been no King Henry VII or Tudor dynasty. His devotion to his nephew through the decades-long war made it all possible, and gave us the beginnings of the modern English monarchy we know today. 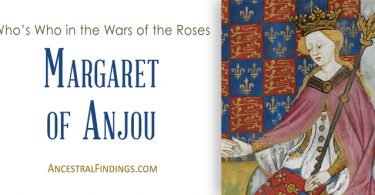