Richard Neville was a crucial player in the Wars of the Roses, putting two kings on the throne. He also fought for both sides. Here’s his story.

Richard Neville, aka “The Kingmaker,” was a crucial player in the Wars of the Roses, first being instrumental in putting the Yorks in power, then switching sides after Edward IV’s scandalous and previously secret marriage to Elizabeth Woodville was revealed. He then worked to depose Edward IV and put the Lancasters back on the throne, all the while making strategic marriages for his two daughters… one to a York and one to a Lancaster, briefly pitting sister against sister. A wily politician, Richard knew how to play both sides at the same time. While the name Richard Neville may not be well remembered by history today, “The Kingmaker” certainly is.

Richard had the Neville name going for him from the start, and it was an ancient, noble, and well respected one in England at the time. He also had the advantage of the vast Beauchamp fortune through his marriage to Anne Beauchamp. Through his father, he was a nephew of the formidable Cecily Neville, and, through her, first cousins to two kings of England… Cecily’s sons Edward IV and Richard III. Richard Neville was in a perfect position to be a leading political player in England from the start.

Both the Beauchamp and Despencer families were vastly wealthy, and the marriage of Anne’s parents combined those fortunes to make the Beauchamp family one of the wealthiest in England. Richard and Anne seemed to have a genuine love match, so went through with their proposed marriage when they were of age, and Richard inherited Anne’s father’s title, becoming the 16th Earl of Warwick, after the deaths of Anne’s brother (the 14th Earl of Warwick) and niece (the 15th Countess of Warwick). He also inherited the estates that went along with that title, which were substantial.

Richard, already a member of the nobility and extremely wealthy, gained more prominence as he rose up the political ranks, being knighted in 1445 during Margaret of Anjou’s coronation after her marriage to King Henry VI. He served Henry VI in a military capacity in several campaigns, and even fought for his side during the beginning battles of the Wars of the Roses, even though his family was tied by blood to the rival Yorks.

However, when Henry VI gave part of Richard’s lands, which were part of his Despencer inheritance, to a rival member of the nobility who was a favorite of the king, Richard began to collaborate with his uncle-by-marriage, Richard Plantagenet, Duke of York, who was in open rebellion against the king, saying his claim to the throne was the better one.

The three Richards… Richard Neville, his father Richard, and his uncle Richard Duke of York… all raised troops and marched together in the first major battle of the Wars of the Roses, and captured King Henry VI. The Duke of York assumed protectorship of England but was soon edged out of power by Queen Margaret of Anjou. Margaret made Richard the Constable of Calais, a town in France conquered a century before by the English and the location of England’s largest standing army. Margaret wanted Richard on her side. While in Calais, Richard became a successful and respected military leader, and also engaged in lucrative (though unauthorized) acts of piracy against foreign ships in the English Channel.

When he returned to England three years later, he had excellent international connections, having cultivated careful relations with the King of France and the Duke of Burgundy. He also had a large army that he brought with him and met up with his father and Richard, Duke of York in the summer of 1459. The next battle with the king’s Lancastrian forces didn’t go so well, though, because most of Richard’s men were not willing to openly fight against their monarch. Richard and his father went back to Calais, bringing the Duke of York’s eldest son, Edward Plantagenet, with them. The Duke went to Ireland, taking his second eldest son, Edmund Plantagenet, with him. Though Margaret of Anjou appointed the Duke of Somerset the new Constable of Calais, Richard, his father, and their cousin Edward (who at that time was Earl of March) managed to hold onto the town and keep the new constable from taking his post.

Confusing battles followed, with Richard playing a crucial role in most of them. He visited the Duke of York in Ireland to make more plans, then returned to Calais to gather his forces once more. Richard’s father laid siege to the Tower of London, while Richard and his cousin Edward captured the king again. Parliament then agreed to disinherit Henry VI’s son and make the Duke of York the heir and protector of the realm, as the king suffered bouts of insanity.

But, as this was not an ideal solution, more conflict occurred. The next battle was disastrous for the York cause. It happened in December 1460 and was known as the Battle of Wakefield. The Duke of York was killed in this battle, as was his second son Edmund, along with Richard’s younger brother, Thomas Neville. Richard’s father was executed the day after the battle.

At the same time this battle was going on, Richard’s cousin Edward was having a more successful battle at Mortimer’s Cross. Joining forces, they took advantage of Queen Margaret of Anjou’s hesitation to make a next move and rode into London together. The people there were horrified at how many people the Lancastrians slaughtered at the Battle of Wakefield, and, in March of 1461, Edward Plantagenet was crowned King Edward IV, deposing Henry VI, and sending his queen and son into exile in Scotland, and later, France.

Richard was richly rewarded for his help in putting his cousin on the throne. Not only was he confirmed as Constable of Calais, he was made High Admiral of England and Steward of the Duchy of Lancaster. He inherited his father’s titles, and, in 1462, inherited his mother’s titles, lands, and money. He had the second highest income in England, second only to his cousin, the King.

Richard continued to fight for Edward IV, settling Lancastrian rebellions in the north, and negotiating separate peace treaties with Scotland and France on Edward’s behalf. Richard was an intensely loyal Yorkist and was given much in the way of rewards and power by his cousin the King as a result.

Alas, the good relations between the cousins were not to last. The first hint of tension came when Richard was negotiating a marriage between Edward IV and the French king’s sister-in-law… a marriage Edward indicated to Richard he was interested in pursuing. However, when Richard finally had the marriage negotiations settled, Edward revealed he was already secretly married to Elizabeth Woodville, a young widow from a slightly noble English family. It was a love match, but it angered Richard.

Later, Richard was sent to the continent to arrange a marriage for Edward’s sister, Margaret. He negotiated with both the Burgundians and the French but favored the French. However, Edward’s new father-in-law, Richard Woodville, Baron Rivers, who had been made Treasurer of the Realm, supported an alliance with Burgundy, so that is what the king chose for his sister, further angering Richard Neville. The final insult for Richard came when Edward turned down Richard’s proposed marriage between his daughter Isabel and Edward’s brother George. Edward wanted George to marry one of his wife’s Woodville sisters, or a foreign princess. After all, Richard had done for Edward, he was being edged out in favor of the Woodvilles, and this he could not forgive.

Conspiring with his Aunt Cecily, Edward’s mother, he determined to put Edward’s brother George on the throne instead. Cecily, who favored George above her other sons, was in agreement with it and gave her permission for Richard’s daughter Isabel to marry George. The marriage took place, and Richard managed to raise up enough of an army to capture Edward and hold him prisoner at Middleham Castle, his principal place of residence. Richard tried to govern England himself, but it proved too hard to do without the king. He was forced to set Edward free, and he, his wife Anne, George, Isabel, and Richard’s younger daughter, Anne, all sailed for Calais.

While in Calais, Richard had trouble raising an army who would support George as king, and soon had to abandon the idea. He sent George and Isabel back to England, where George reconciled with his brother. Meanwhile, Richard met with the exiled queen Margaret of Anjou, and proposed to put Henry VI back on the throne, and re-establish their son as heir. Margaret was suspicious at first, as Richard had fought against her, but soon agreed. Her son, Edward of Westminster, married Richard’s daughter, Anne, and plans were made to raise an army to defeat Edward IV. Richard invaded England with an army ready to support him. Margaret of Anjou, Edward of Westminster, Anne Neville, and her mother stayed in France to see how things went.

At first, their plan worked, with Edward IV fleeing to The Netherlands, and Henry VI being put back on the throne. Elizabeth Woodville and her three daughters with Edward (as well as her two sons from her first marriage) fled to sanctuary in Westminster Abbey, where she gave birth to her first royal son. However, war broke out between France and Burgundy, and the Duke of Burgundy, a friend of Edward IV, offered him an army to help him get his throne back.

Edward landed back in England and Richard went after him. In the ensuing battle, known as the Battle of Barnet, Richard, who had put two kings on the throne and earned his moniker, The Kingmaker, was killed, in 1471. Not knowing Richard was dead, Margaret of Anjou, her son, Anne Neville, and her mother, came back to England. Anne Neville’s mother took a different ship, and found out about her husband’s death before she landed in England; she fled into sanctuary at Beaulieu Abbey as soon as she was on English soil.

The others didn’t hear about Richard’s death en route, and so engaged Edward IV’s forces at the Battle of Tewkesbury. Edward of Westminster was killed in this battle, ending the legitimate Lancastrian line. Margaret of Anjou and Anne Neville were taken prisoner, and Henry VI was taken to the Tower, where he was quickly killed to prevent another Lancastrian uprising. Margaret was later set free after being ransomed by her French relatives and returned to France. Anne Neville was released into the custody of the king’s brother, George, and his wife (Anne’s elder sister), Isabel Neville.

Richard Neville the Kingmaker’s ambitions for greatness for his family were eventually realized after his death. Edward IV’s youngest brother, Richard, Duke of Gloucester, had known Anne Neville since childhood and was in love with her. He asked Edward for permission to marry her and received it, and so he and Anne were wed. Years later, after Edward IV died in 1483, Richard was named Protector for Edward’s 12-year-old son, Edward V. However, Edward’s brother soon decided Edward’s marriage to Elizabeth Woodville was invalid, and declared all of their children bastards, making them ineligible for the throne. He declared himself King Richard III with the full support of Parliament, who did not want another child king, as Henry VI started out being. Richard III was crowned in a double coronation ceremony with his wife, Anne Neville, by his side.

The Kingmaker’s younger daughter became Queen of England, if only for a short time. 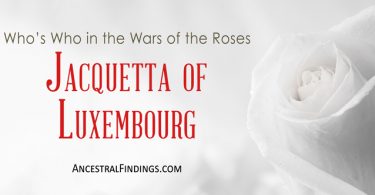