Do you have an elusive ancestor who didn’t seem to leave any records behind? You can still discover important things about them. Here’s how.

Not every ancestor will have a large trail of records leading to them. Some won’t have any, except maybe some census entries, and even then, they may be missing (for numerous reasons) on more than one census. Ancestors who lived in counties where courthouses burned down may have had important records that disappeared with the courthouse. Some ancestors were just purposefully private (and thus, mysterious) people.

There are all kinds of reasons you may not be finding many, or any, records regarding a particular ancestor. Just because there are no records, however, does not mean you can’t find out more about your ancestor and his or her life and family. You’ve just got to get creative in your search. Here are three methods you can use to find your record-less ancestor.

You can get a lot of clues as to family relationships by examining naming patterns within a particular family. While it is still popular to name children after grandparents, parents, and other favored relatives, it was extremely common in the 18th and 19th centuries. If you’re dealing with an ancestor who left no records, look at their name and what they named their children.

Middle names are particularly important. They were used occasionally in the 18th century but were commonplace by the mid-19th century. Middle names were often used to honor a mother or grandmother’s maiden name or the first name of a grandfather or other distinguished relative. You can take a middle name or a first name and look in census records for people with the same last name in the general area who are old enough to be your ancestor’s parents or grandparents. You can also take a middle name and look for people in the area with that name as their surname.

Research these people, looking for wills, obituaries, land records, tax records, military records, and anything else that may mention family members. You may just find a mention of your ancestor if they were named after any of these people.

People did not live in a vacuum back in the old days. A community was particularly important in the age before television and the Internet. Neighbors often developed close relationships with each other. Marriages between the children of neighbors weren’t uncommon, especially in rural areas, and neighbors sometimes went to the same churches as each other and even migrated to other areas together.

This is why it’s so important to research neighbors if you can’t find any direct information on your ancestor. Don’t just research the people who lived next door, either. Look at all of the people in the same general geographic area. You might find your ancestor’s name, and even his or her family relationships, mentioned in a neighbor’s will, land records, military records (if your ancestor gave an affidavit for a neighbor’s military pension application), church sponsorship records, and more. If you discover some neighbors left diaries, try to get access to them, as your ancestor and his or her family may be mentioned in those diary entries, as well.

3. Search Old Newspapers In and Near the Places Your Ancestor Lived

If you know where your ancestor lived (or the places he or she lived, if there were a lot of moves), you might have a chance at discovering new information about them in local and area newspaper records. Many genealogy websites have searchable newspapers online going back to the colonial days of this nation. Search for your ancestor by name in the newspapers in the town and county, and even surrounding counties of his or her place of dwelling. Sometimes news traveled to newspapers a surprising distance away.

If you can’t find the newspapers you need online, contact the newspaper offices in the town or county (and surrounding counties) today and ask if they keep an archive of old editions, and how you may access it. It may take a trip there in person and many days of reading through old newspapers, sometimes on microfilm, but it will be worth it if you find an obituary, birth announcement, marriage announcement, or personal story involving your elusive ancestor.

Just because your ancestor didn’t leave adequate records for you to find out anything about him or her directly doesn’t mean your search for information on this person’s life has hit a brick wall. You don’t need a time machine to go back and meet your ancestor in person to get answers. You just need to look at different ways to reach your ancestor from the present day. Not all genealogical searches are direct ones. The information you seek is usually there, though. All you need to do is go the long way around, and through some unusual pathways, to find them. 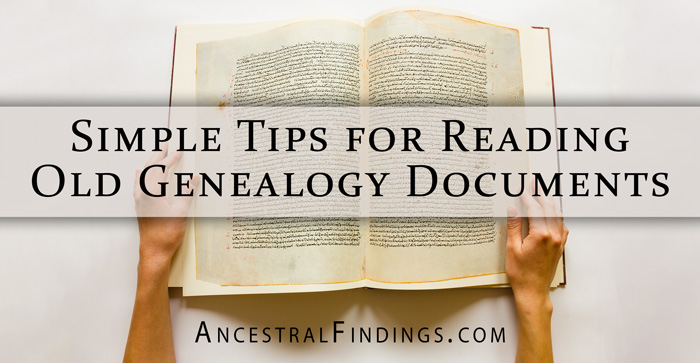