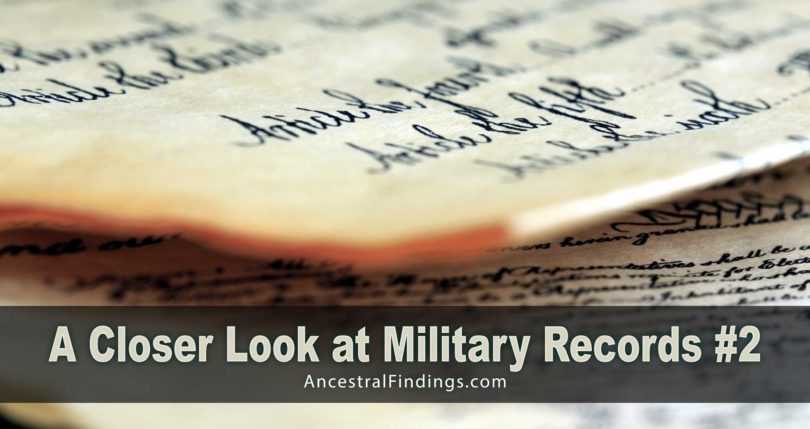 The Civil War presents a unique case in military records for the United States. This is because only Union records were kept by the federal government for decades. It was the early twentieth century before the Confederate records, previously kept at the state levels, were moved there. This is what you need to know.

The National Archives now keeps all Civil War service and pension records. The Confederate states gradually turned these records over to the National Archives over the decades, as the federal government decided to keep all of the records together as part of our unified national history record. Those records can be found at the National Archives, and also on certain genealogical websites that include military record collections, like Fold3 and Ancestry.com. It is much easier to use the online records, because they are indexed by name, date, and also keyword.

Both soldiers and their widows were able to claim military pensions from the Civil War. In some cases, parents who lost a son in the war and upon whose future income they would have depended for their support could also claim a pension on that son’s service. The pension records for the Civil War can be genealogical treasure troves. While there are records that are more sparse than others, the potential is definitely there for a lot of good information.

Names, dates, and service records had to be confirmed to approve pensions, and if no written documents existed or could be found to prove these things, then people who had first-hand knowledge of them had to be brought in to give oral testimony. These oral testimonies sometimes turned into long, detailed, and interesting stories of a person’s military life and personal life.

Occasionally, the soldier themselves gave an oral testimony of their personal life and military service, which is a wonderful way of reading about the war from the point of view of the person who served in it. You can find marriage, death, and birth dates in these testimonies, as well, especially if no written document of these records existed elsewhere and personal testimonies had to be taken from people who were there.

Other records you can find from the Civil War include service records (including battles fought, engagements at which the soldier was absent, pay, hospital records, health records, injury records, clothing allowance records, disciplinary records, enrollment and discharge records, and oaths of loyalty to the United States for Confederate soldiers. 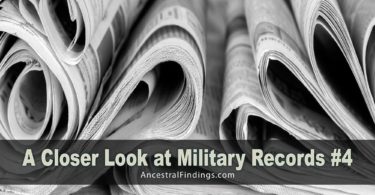