Missouri has a long history of human habitation. It also has deep woods and mysterious rolling hills where just about anything can hide. Naturally, it has collected some unique folklore of its own over the millennia. Here are some of the highlights of it.

Admitted to the union in 1821 as the 24th state, Missouri has a long history of human habitation. In fact, humans have lived there for at least the past 12,000 years. During the Middle Ages, the Native American Mississippian culture was prominent there, and build large cities and huge mounds, before declining and eventually disappearing in the 1300s. European explorers first arrived there in the 1600s, and it became a French settlement, with the Native American Osage tribe still living there.

The Spanish briefly held Missouri, and then it went back to the French, from whom the United States acquired it in the 1803 Louisiana Purchase. Americans rushed to settle the area after this, and it was eventually admitted to the union as a slave state as part of the Missouri Compromise. Since the Civil War, it has been a free state along with the rest of the states of the union, as slavery was abolished.

There is a lot of interesting folklore in Missouri, thanks to its long past of human habitation. Here are some of the highlights of it.

This is considered one of the ten most haunted houses in the United States. It was originally a family house, and the family who lived there was plagued with an unusual number of strange deaths, suicides, and mental illnesses. After being a family home, it was turned into a boarding house, which it served as until 1975 when it became a restaurant and inn. Those who work there and stay there report feeling chills when it is not cold, and hearing ghostly voices. There have also been reports of floating glasses and a piano that plays with no visible player (and it is not a player piano).

The most intense haunting story for the house involves the attic, where the ghost of the Monkey Face boy is said to reside. In life, the boy was the illegitimate son of one of the wealthy owners of the home. As he was born with Down’s Syndrome, which was not understood at the time, he was kept locked away in the attic. His face is often seen looking out of the attic windows. His father’s ghost is also in the house, peeking over the tops of the stalls in the women’s restrooms.

The so-called voodoo witch of Missouri was supposedly a freed slave named Molly Crenshaw. Molly was of Caribbean descent and used to come into town to sell her spells and charms to the local residents. They were friendly with her for a time. However, when the crops were ruined in town one year because of weather, the townsfolk blamed Molly and went to her house, where they lynched her.

Before they killed her, Molly cursed the mob. Because they thought she might rise after they killed her, they cut her body into pieces and buried them apart from each other. The legend says that anyone who locates Molly’s true resting place will join her in the afterlife. Some local tales have claimed that exact thing happened to some people who went looking for her. Today, genealogical and historical research show that Molly Crenshaw did indeed exist though her place of origin is not certain, nor is her status as a voodoo witch. She was a spinster, which was a term used for any unmarried woman of any age (even young ones), and they were looked upon with suspicion back then, which may account for the tales of witchcraft surrounding her. Or, she may actually have been a witch.

Mark Twain and the Ouija Board

Back in 1916 in St. Louis, Missouri, some women gathered to use a Ouija board to talk to some of their crossed over relatives. When they tried to make contact, they instead got the spirit of Mark Twain. Twain told them he had another story to tell that he hadn’t gotten the chance to reveal before he crossed over. One of the attendees at this meeting was writer Emily Grant Hutchings, and she decided to write the story. Using a medium, she transcribed Twain’s story from beyond, doing it letter by letter with a Ouija board.

The novel, called Jap Herron, was published, but the public panned it, saying it was a terrible book. It was also close enough to Twain’s writing style that his daughter and his publisher sued Hutchings, whose publisher stopped printing Jap Herron. Hutchings went into obscurity. No one knows if Hutchings believed she was really transcribing a book by Mark Twain from beyond, or if it was a scam.

Upper Blackwell Road is said by those who drive or walk along it to have an evil vibe. The negative energy is a real thing and has attracted Satanists who have opened a restaurant along it. However, Satanists serving food to passersby isn’t the creepiest thing about this three-and-a-half mile road.

Drumming can sometimes be heard coming from under the Black Tram Bridge that is part of the road, probably because the road is on former Native American land. A ghostly couple from the 1950s stays along the road, trying to flag down cars (no one knows what happens if you stop for them). There is also the legend that says if you stop a car on the bridge and flash its lights three times, a ghost car will materialize and chase you until you leave the bridge. It is probably better to stay away from this road.

Deep within the woods of North County in Missouri is a whole clan of people with larger-than-normal heads. Some believe them to be a different species of human, while others believe them to be an isolated family with birth defects due to generations of inbreeding. Whatever they are, they live near a remote road just south of the Missouri River in North County, and they do not like trespassers on their land. They have been known to get violent with any outsider they find there. The men of the clan are also known to prowl the woods at night. 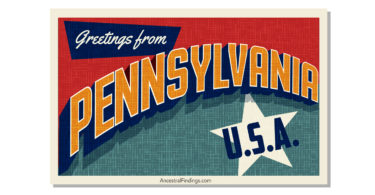 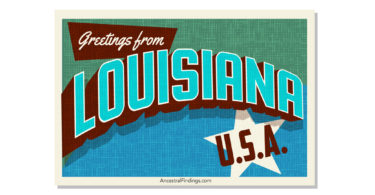