Thelma Ryan was called “Pat” from an early age, and eventually became Pat Nixon, the thirty-seventh First Lady of the United States. A farmer’s daughter, she worked her whole life until her first child was born, doing whatever she could to get by. Her husband, Richard Nixon, fell in love with her on their very first date. Here is her amazing and fascinating story.

Our thirty-seventh First Lady, Thelma Catherine Ryan Nixon, was born on March 16, 1912, in Ely, Nevada, a small, rural mining town. Her parents were William Ryan and Katherine Halberstadt. William was a sailor, gold miner, and truck farmer, with Irish ancestry, while Katherine was a homemaker and a German immigrant. Thelma was given the nickname “Pat” by her father at an early age because her birthday was the day before St. Patrick’s Day, and it celebrated her Irish heritage. When Thelma enrolled in college, she began using “Pat” as her name exclusively, even sometimes extending it out to “Patricia.” However, her name was never legally changed. It was simply the name she preferred to use.

Shortly after Pat was born, her family moved to California, where her father took up truck farming (an old-fashioned term for vegetable farming). She worked at the farm, and also at a local bank as both a janitor and a bookkeeper. Her mother died when Pat was 12, upon which time Pat took over all of the household responsibilities. Her father died when Pat was 17. Pat had two older brothers, as well as an older half-brother and older half-sister from her mother’s first marriage to a man who died in a flash flood in South Dakota.

It has often been said of Pat that she worked more prior to marriage than any other First Lady. She said once, in an interview with Gloria Steinem, that she never had time to think about who she wanted to be or who she admired, or to even dream about being anyone else, because she had to work from such a young age.

She graduated high school in 1929 and enrolled at Fullerton Junior College, where she paid her tuition by working whatever jobs she could find, such as a driver, a pharmacy manager, a telephone operator, and a typist. She was, in her own words, “determined to make something out of myself,” and enrolled at the University of Southern California upon graduating junior college. She majored in merchandising. Again, she worked her way through, having such jobs as part-time ones on campus, a sales clerk in a department store, teaching typing and shorthand at a local high school, and working as an extra and bit player in the film industry.

It was while teaching in Whittier that Pat met Richard Nixon, who was at the time a young lawyer, recently graduated from law school. They met at a community theater group where they were both cast in the play, The Dark Tower. Richard asked Pat to marry him on their first date. Pat thought he was crazy. But, Richard was determined to win her over, and he courted her consistently for two years, even driving her to and from her dates with other men. He eventually won her over, and they got married on June 21, 1940, at the Mission Inn in Riverside, California.

Richard returned from the war and made a successful campaign for the US House of Representatives in 1946. Pat gave birth to their daughter, Patricia, that same year, and their second daughter, Julie, two years later. Over the next six years, Richard went from the House to the Senate, to President Eisenhower’s Vice-Presidential candidate.

When Richard eventually became President, Pat believed the First Lady should set an example of high virtue and dignity for the public. She did extensive diplomatic traveling around the world, and visited the poor, the ill, and the orphaned, in what she called her “personal diplomacy.”

She was also upset by the public notion that access to the President and First Lady was only for the rich and elite. So, she regularly came downstairs to personally greet White House tour groups, where she shook hands, signed autographs, and posed for photos with the visitors. She also invited many little-known groups to the White House to give them recognition.

She was the 1st First Lady to address a national political convention, doing so at the 1972 Republican National Convention. The wives of future candidates copied her in this.

As for Watergate, Pat did not know about the secret tape recordings Richard made. Her daughter Julie later said Pat would have had the tapes destroyed had she known about them. When she did eventually learn about the tapes, it was after they became public knowledge. She believed in Richard’s innocence and urged him to not resign. She wanted him to fight the impeachment proceedings that were being brought up against him. She wondered aloud to a friend why all of this was happening, after all her husband had done for the country.

When Richard told her he would resign, her response was, “But, why?” On August 7, 1974, Pat, Richard, and their daughters sat together in the solarium of the White House for their last dinner as First Family. When Richard entered the room, Pat went to him, hugged and kissed him, and told him how proud she and their daughters were of him.

After leaving the White House, she and Richard moved to San Clemente, California, where they had a home they called La Casa Pacifica. She didn’t go out in public much and only granted the occasional interview. In December of 1987, Richard and Pat watched Donald Trump appear on The Phil Donahue Show, and Richard wrote to Trump that Pat was an expert on politics, and said she believed Trump would win whenever he eventually decided to run for president, as she believed he one day would. She was right.

Pat kept a low profile for the rest of her life and died at her Park Ridge, New Jersey house on June 22, 1993, at the age of 81, the day after her fifty-third wedding anniversary to Richard. Richard and her daughters were with her at the time, and Richard joined her ten months later. She was buried on the grounds of the Richard Nixon Library in Yorba Linda, California. The name on her tombstone is “Patricia Ryan Nixon,” the name she always went by. The inscription reads:

“Even when people can’t speak your language, they can tell if you have love in your heart.” 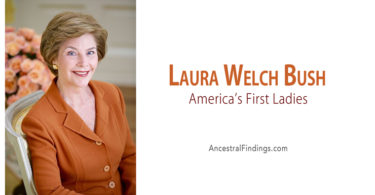 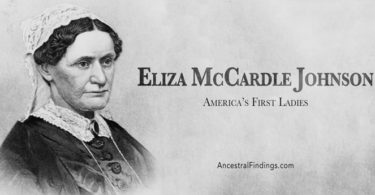