What clues do your family’s Christmas traditions hold to your genealogy? Heres how to use traditional Christmas customs around the world in genealogy research.

Christmas is a time for spending with family. It is also an excellent time for re-examining your genealogy research using knowledge of the Christmas traditions of your ancestors. Christmas has been celebrated in one form or another for the past 2,000 years. In that time, many cultures around the world have developed their own Christmas traditions, and they brought these traditions with them to America when they came. The ways your ancestors celebrated Christmas in America, and the way they may still do so today, can tell you a lot about your ancestral origins.

Today, Christmas in America is an amalgamation of holiday traditions from around the world. These are the traditions that dozens of cultures brought with them when they came to the shores of the New World. Our typical American Christmas of having a tree, decorations, presents, Christmas carols, a feast with family, and the legend of Santa Claus all come from different places at different times. Sorting out what your ancestors did for Christmas, using oral and written family histories, old newspaper articles, and clues in any unique practices your family engages in today are all important ways to discover more about your pre-American heritage.

English settlers were among the first to permanently settle on American shores. They brought with them their tradition of feasting and general merriment on Christmas. The typical English Christmas in colonial times consisted of a lot of food, and the colonial equivalent of hard partying (this included firecrackers and playing lots of loud music that included horns and drums, as well as group singing).

This was the norm for English settlers everywhere except Massachusetts. The Puritans and Pilgrims who settled there looked upon this merrymaking with disdain and thought it led to a lack of morals. As such, they banned Christmas celebrations and refused to recognize the day in any special way. While they were pretty much back to celebrating by the time of the American Revolution, Christmas was not legally reinstated in Massachusetts until 1856.

The Dutch also celebrated Christmas with feasting and a general atmosphere of merriment. They also had the tradition of St. Nicholas, who was a magical man who brought presents to good children and filled Christmas stockings with sweet treats. The Dutch settled first in New York, and the tradition of gift giving and stockings “hung by the chimney with care” started there in America.

The Swedes were among the first to settle Delaware, and then eventually moved inward to help colonize the midwest, particularly the areas of Wisconsin and Minnesota. They brought the tradition of hanging a wreath made of evergreen tree branches on the front door. This was meant as a sign that visitors were welcome, and was also used for good luck. They also had a legend of elves who brought gifts on Christmas.

It was the Germans who brought some of our most recognized Christmas customs to America. These customs include decorating Christmas trees with candles and other ornaments and baking special Christmas cookies.

French children left their shoes by the fireplace before going to bed on Christmas Eve. They hoped that if they were very good that year, the baby Jesus would fill their shoes with gifts for them to receive on Christmas day. As Catholics, the French attended a midnight mass on Christmas Eve, as well… something that can be seen in many Catholic and non-Catholic churches today. After the mass, the families had a special Christmas dinner, then spent Christmas day in prayer and contemplation. They saved the revelry for New Year’s Eve, at which time they would hold a town-wide festival with a Christmas parade and masquerade balls.

The Spanish re-enacted Mary and Joseph’s journey to Bethlehem on Christmas. This was a big pageant that included a procession and a play. As many people in the community participated as were able. The pageant was followed up by a community-wide party. Children would take hits at a pinata during the party and scramble for the sweets that fell out of it when it broke.

African Customs That Influenced Christmas in the South

While the original Africans who came to America were not Christians and did not celebrate Christmas, they had their own holy days and festival days. As they were gradually converted to Christianity, they incorporated their old traditions into their Christmas celebrations, and these new traditions influenced how Christmas was celebrated all across the early American south. The big thing was the yule log. While the yule log started in England, it has special meaning for the enslaved Africans in America. Once it was set to burning on Christmas Eve, no one worked until it was gone. Therefore, the Africans went to great lengths to keep the yule log burning as long as possible. During this time, they introduced English colonists to their own traditions of dancing, hunting, banqueting, sports, and playing various games. These all became a part of southern Christmas traditions, and often continued until New Year’s day.

Christmas: Its Origin and Associations Together with Its Historical Events and Festive Celebrations During Nineteen Centuries [Free Kindle Edition] 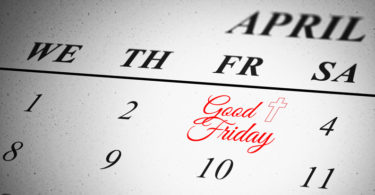 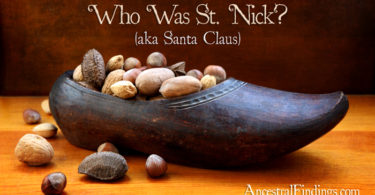