The National Museum of the United States Air Force is a historic treasure that you must visit. Learn more about the museum and its history here!

If you’ve never been there, Wright-Patterson Air Force Base is one of the fascinating places in Ohio. And the best part about it? That would be the National Museum of the United States Air Force, situated on the base itself. The base and museum are located just six miles northeast of Dayton—and the museum, called NMUASF for short, boasts roughly one million visitors every year. That’s a visitor count that makes it among the most popular destinations in the entire state.

What makes it so popular? Well, it’s listed as both the biggest and oldest military aircraft museum worldwide. When you go there, you’ll get to see more than 360 aircraft—and that includes not only planes but things like missiles, too. Myself, I’ve visited NMUASF at least a dozen times over the years, so let me take you on a virtual trip through the museum’s history and the kinds of things you’ll get to see there!

The NMUASF started small, initially. What happened was that back in 1923, some of the engineers within McCook Field’s engineering department started collecting artifacts with the intent to keep them safe for future generations. The whole thing snowballed from there. By 1927, the collection had grown large enough to require additional housing, so those overseeing it moved the artifacts to a laboratory on Wright Field.

As collections are notorious for doing, this one kept on growing—and in 1932, it officially became a museum called the Army Aeronautical Museum and took up a new home in a larger yet building on Wright Air Force Base.

From there, the museum moved around, switching buildings as more space was required, but it remained a private collection up through 1954. By this time, it was called the “Air Force Technical Museum,” This year, the collection became public and took up its first permanent home, which was Building 89 of the former Patterson Field.

This building was a large hangar—but still not large enough! Many of the museum’s aircraft stayed outside, which wasn’t ideal since the weather took its toll on them. A new solution was needed, and that’s why, during the 1960s, Eugene Kettering took it upon himself to lead a project to build a massive permanent structure to house everything. In so doing, he became the first chairman of the Air Force Museum Foundation, but unfortunately, he passed away in 1969 before the project could be completed. Virginia, his wife, took up the project after this, and she’s the one who saw it through to its completion in 1971.

Since 1971? The museum has kept on growing! Initially, it was only one hangar, but as the collection has grown, so has the number of buildings. The second hangar was added in 1988, third in 2003, and a fourth in 2016.

What Will You Find at NMUASF?

All kinds of things! It’s definitely not just airplanes. This museum is absolutely packed with national treasures. Let’s start with some of the highlights that most people would love to see.

First up, there are spacecraft, including the Apollo 15 Command Module. In 1971, this historic craft orbited the Moon 74 times!

Among airplanes, they have lots of them—literally hangars full of them. Some are extremely famous, like Bockscar, the Boeing B-29 Superfortress who deployed the Fat Man nuclear bomb over Nagasaki. There is also a collection of Presidential planes, some of which Franklin Roosevelt, Dwight Eisenhower, and other presidents used. The most notable of these is the SAM 26000, a Boeing 707 that JFK used, Johnson, and Nixon.

You’ll learn all about the history of these crafts, too. For instance, the SAM 26000 was the plane that took the Kennedys to Dallas the day JFK was assassinated—and it is also where Vice President Johnson was sworn into office.

This museum wouldn’t be complete without collecting artifacts and memorabilia devoted to the Wright brothers, for whom the Wright-Patterson base is named! The Wright brothers held many of their flight tests near here, at Huffman Prairie, and today, you can find their 1909 Military Flyer on display along with many other artifacts.

Other attractions include a hall of missiles, which was completed in 2004. Here, you can see a variety of the weapons the Air Force has used over the years. And there is also a large collection of Air Force uniforms. You can take a trip through time to see what pilots and others in the Air Force have worn over the years. This includes flight jackets and other articles—some of which were worn by famous figures, like Brigadier General James Stewart, who was not only a notable Air Force pilot but also a well-known actor back in the 1960s.

When you visit NMUASF, there are no admission or parking fees—which is great because if you want to see the whole thing, it will likely take you several visits. That’s how big this museum is! You’ll find not only the enormous collection of artifacts but also a theater, interactive simulations, and all kinds of other activities related to aircraft and flight. I definitely recommend checking out the museum’s website first. There’s so much here that you’ll want to plan your activities carefully so that you get to see and do all the things you’ll most enjoy during that first visit.

There is far too much at the museum to list it all! You truly will have to visit it and take a few days to look around if you want to see everything. Keep in mind that there is also a Virtual Tour, which you can access at www.nationalmuseum.af.mil, along with many other fascinating resources. Even if you’re not an aircraft aficionado, the resources and exhibits here are truly amazing—something for everyone to enjoy! 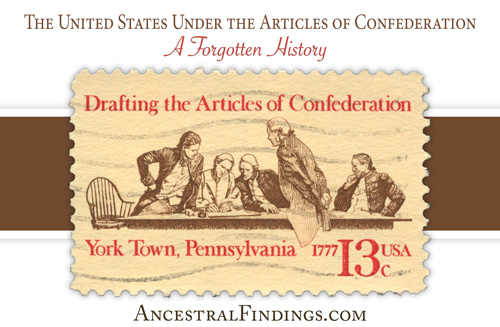