Do you have ancestors who went to new places, far away from their families, to live? Did they go into rugged or unexplored territory to make a new home for themselves? The word “pioneer” refers to anyone who does something new or innovative. Anyone who was the first of their family to immigrate to a new place, especially a place that was not well known, well settled, or well explored, is a pioneer, including the Pilgrims and Puritans who came to New England in the 1600s. However, for the purposes of American genealogy, the word “pioneer” is usually used to refer to someone who “went west” sometime during the mid to late 1800s.

Here is what you need to know about pioneer ancestors, whether you have any, and how to trace them if you do.

Who Were American Pioneers?

In American history and genealogy, a pioneer is one of the people who first settled the interior of the United States, beginning with the eastern states just off the coast, like Tennessee, Kentucky, Arkansas, and Iowa. Later pioneers moved farther west and settled the area of the country west of the Rocky Mountains. Among American pioneers, The Charles Ingalls family is perhaps the best known, as his daughter Laura wrote about her pioneer childhood and teen years up to her marriage in her famous Little House on the Prairie books. However, there were millions of others, and one or more of your ancestors may be among them.

Unlike the first European settlers in America, these pioneers were not fleeing religious persecution, looking to start shipping American resources back to England or desiring to trade with the Native Americans. Instead, they were looking for more space than they had in crowded New England and the southern coastal states. They wanted the opportunity to own land, which was by then in short supply in the more populated areas of the country. They were also usually strong individualists who were seeking the freedom, liberty, and limitless opportunities an untamed land could offer a person.

While it was mostly men who were pioneers, some brought their families or sent for them later. A smaller number of women pioneers set out for the west on their own, but this was not as common, and going west was unquestioningly harder on the wives in these situations. They were being taken from their social circle, often to an isolated area, where they would have little or no help with childcare and housekeeping, and in a rough and inhospitable environment, too. Usually, if a single woman or a widow went west, she did so in a group of family, neighbors, or friends. Once in a while, you will find a strong-willed woman who pioneered all on her own.

Where Did the Pioneers Go?

The first American pioneers went to the Mississippi Valley area. This mass migration of people from the east coast went from the late 18th century to the early 19th. These early adventurers settled the areas that would become Illinois, Kentucky, Ohio, and Tennessee. Anyone who has a family with a long history of living in one of these states may be descended from this early wave of American pioneers, and should definitely look into it.

This was the first wave of American pioneers, but there were others. The next one pushed past the Mississippi River, into the middle and western parts of the continent. The Great Plains states, like North and South Dakota, Nebraska, Kansas, Iowa, Missouri, and Arkansas were settled in the second wave. The far western states like Colorado, Wyoming, Montana, Idaho, Washington, Oregon, and California were settled by American pioneers in the third and last wave of mass migration of Americans on the North American continent.

There were three main events that spurred these waves of intra-American immigration. They were:

First Wave — The Louisiana Purchase was the motivating reason for the first wave of American pioneers. This wave brought permanent European settlers to most of the American south.

Second Wave — The Mexican-American War opened up land in the North American interior to American settlement when they won it from Mexico in the war. This populated much of the Great Plains and American southwest with European settlers.

Third Wave — The Gold Rush of the later 1800s spurred many people to move all the way to the far western side of the continent, and many never went back east, making the new little towns they built out west their permanent homes. Montana, Idaho, Washington, Oregon, California, and similar states were all settled by pioneers primarily as part of the Gold Rush.

How to Trace Your Pioneer Ancestors

You can get an idea of where your family started out and where they went by looking at old census records. However, if they moved into a territory that did not yet have statehood, they may or may not have been counted, as only some territories did censuses before becoming states. If you lose track of your family in the census, one possible reason is that they moved (although, as most genealogists will know, not the only reason by far). Look for them in old newspaper records, tax records, probate records, old letters, diaries, and family Bibles handed down in the family.

Looking at federal records, like land grants and military records, can also point you to where your pioneer ancestors went if you don’t already know. Another great resource is county history books from back east. These were published in the late 1800s and were popular “vanity books” of the time, as they would often include biographies of prominent residents who paid to be included. If any of your ancestors are in these books, they will likely mention it if anyone in their immediate family went west. It was usually a point of pride in those times.

If you cannot find mention of them anywhere, look to old family stories about your ancestors. While these stories are notoriously riddled with inaccuracies, because of the “telephone game” nature of them down the generations, they do provide you with an excellent starting place for continuing your research. You can get an idea of where they went with a story, then look for records there, and places near there, for mention of your ancestors. 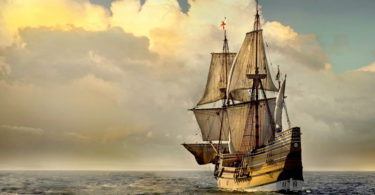 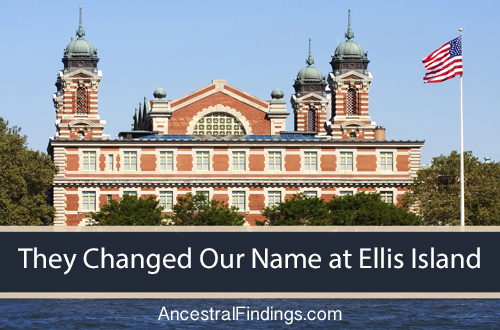