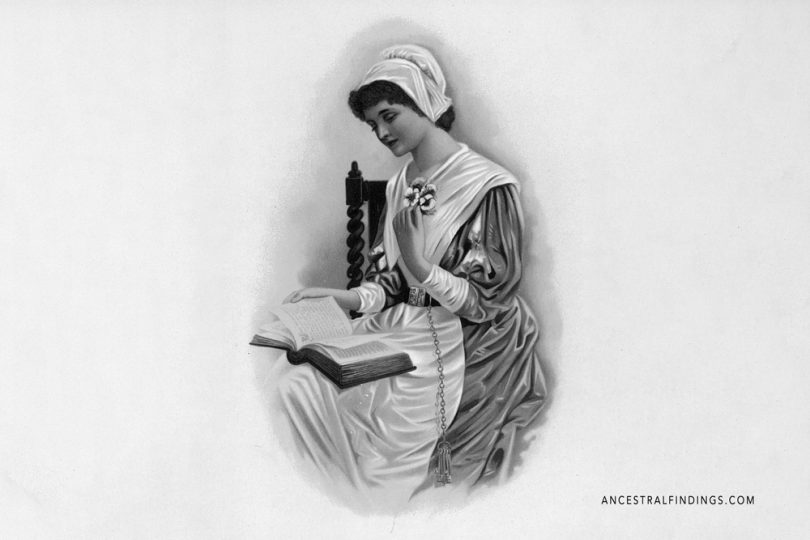 Just like the Puritan magistrates and ministers were against men wearing their hair long, they were also against the women wearing their hair elaborately. Anything other than a plain bun covered by a white cap was unacceptable to them. Yet, just as the men rebelled against these rules, so did the women. Were your Puritan female ancestors societal rebels? Read on to learn.

We know that there were some Puritan men who were societal rebels. They were the ones who pushed against the Puritan edict against men wearing long hair. It was super important for the Puritan authorities for everyone to conform, so individual expressions of style were frowned upon, and sometimes even criminalized. This was the case with the long hair on men. Well, women had their own societal fashion expectations placed upon them by the Puritans, and sometimes they rebelled against them. In fact, the women usually rebelled against these fashion edicts more than the men. This is what you need to know about the women rebels in the early Puritan community of Massachusetts.

The early Puritan ministers and magistrates also had an issue with the hairstyles the women were wearing. Like the long hair of the men, the women’s hairstyles that were causing issues in the community were fashions that they brought to America with them. These hair fashions for women were often quite elaborate. Women wanted to adorn themselves beautifully so they stood out to men and to each other. The Puritan magistrates did not approve of it.

To the Puritan magistrates, the correct way for a proper Puritan woman to wear their hair was to put it in a tidy bun and to cover the bun with a white cap called a coif. Any locks or curls that hung down or peeked through the coif were considered sinful, and even a sure sign of evil. Some women who wore elaborate hairstyles were even referred to as a “wife of the devil” among the Puritan ministers and magistrates. Like with the long hair for men, the ministers of the colony preached sermons against women wearing elaborate hairstyles.

Even though the magistrates warned against these hairstyles, with punishments such as fines, prison, and even whippings being threatened for them, the Puritan women often spent their husbands’ hard-earned money to have hair supplies imported from England. They purchased things such as combs, headdresses, scarves, and ribbons, and at one point in the mid-1600s, these things were all considered contraband by the Puritan magistrates.

A few of the particular things women did with their hair during that time that the Puritan magistrates considered to be sinfully included “cutting, curling, and immodest laying of the hair.” The women of the Puritan community were, at that time, taking their hairstyling inspiration from a woman in England named Eleanor “Nell” Gwyn, who was an actress and mistress to King Charles II. She was famous for her long, curly, and teased locks. The Puritan women loved this look and sought to emulate it.

The magistrates were serious about enforcing the imposition of modest hairstyles. There were several court cases against women at that time for how they wore their hair. A good example of this is a 1682 case where there were warrants issued for a few girls in the colony who stubbornly and rebelliously styled their hair by “folding their hair, frizzing and knots, and for wearing silk scarves.” Among the girls who were cited for this were Elizabeth Browne, Martha and Mary Gay, Mary Browne, Abigail Metcalf, Mary Rogers, Martha Walton, Priscilla Carrell, and Elizabeth Perkins. The case ultimately came to nothing—the girls came to court as ordered, but no one else appeared at the court hearing to give evidence against them. The charges were dismissed and the girls were released.

The famous Puritan preacher Increase Mather preached a sermon against the elaborate hairstyles the women of Massachusetts liked, calling the women who wear them “apes of fancy.” Despite these sermons and laws, the women of Massachusetts basically wore their hair as they liked, and by the end of the century, the laws against their elaborate hairstyles were dropped. Were your Puritan female ancestor’s defiant societal rebels who wore their hair in a fancy, sinful way? Check the court records to learn if they were.