The year 1800 was an exciting time for the United States. The country was brand new, only being seventeen years out from the conclusion of the American Revolution. The United States was still considered by many other countries, and even itself, to be an experiment, as no country had ever achieved independence in the way it had in all of known human history.

The country was still small, as we had not made the Louisiana Purchase yet. Places like Tennessee and Kentucky were still considered the frontier. Conflicts with Native Americans were still common. The West had not yet been explored. We were only on our second US President, John Adams, and the 1800 US federal census was only the second one ever done.

This census was handwritten by the census enumerators, as was every census until 1830 because pre-printed forms were not used until that time. This means the 1800 US federal census has hand-drawn columns, often lacks headings on each page, and includes idiosyncrasies of recording that are unique to the individual census takers. You will also have to spend some time analyzing the handwriting, which is more legible on some pages than on others, again thanks to the variances in handwriting of the different census enumerators.

However, if you spend some time with this census, you will glean valuable information about your family from it, possibly make new genealogical discoveries, and will receive an excellent “snapshot” of what your ancestors and their family lives looked like on the day they were enumerated for the census in 1800. That is golden historical data you cannot receive anywhere else. So, don’t skip the 1800 US federal census, thinking it will not be of any genealogical value to you. Learn about the background of this census and what is included in it, and then dive into it to learn about your 1800 ancestors. You will be glad you did.

The 1800 US federal census was authorized by an act of Congress on February 28, 1800. The census was to include all of the existing states, plus the US territories northwest of the Ohio River, as well as the Mississippi Territory. The census authorization act mandated that the census be concluded no more than nine months after it was begun.

The 1800 US federal census showed that the population of the United States at the time of the taking of the census was a little over 5.3 million people. Of these people, almost nine hundred thousand were slaves. In addition to the new territories included in this census, the District of Columbia was also enumerated for the first time. Virginia was the most populous state at the time this census was enumerated; however, this would also be the last census in which Virginia would hold that position.

Over the centuries, some of the records of this census have been lost. Some pages were misplaced, others were accidentally (or purposefully) destroyed, and others may have been stolen or damaged so that they could no longer be read. The records from the 1800 US federal census that were lost include those for Georgia, Kentucky, Tennessee, Virginia, and New Jersey. The rest of the records for this census are still intact and can be used by genealogical researchers at genealogy libraries, the National Archives, and online.

Most pages of the 1800 US census are arranged from left to right in the order of the following questions (with the occasional variation from an individual census enumerator):

While the 1800 US federal census does not ask any extra questions about a person’s personal or professional life — it just sticks to the basics of name of household and ages and sexes of people in the household (as well as their free or slave status), it still provides valuable genealogical information on what your ancestor’s household looked like when they were enumerated in 1800. It also provides you with clues as to who else was living in the household with them; this is important information if you didn’t know about certain wives, husbands, children, or other relatives of an ancestor. You can use the sexes and ages of people listed in the household as a further avenue of research to get a full picture of who was in the family at this time. That is a genealogical treasure.

Download the 1800 Census Blank Form to help you in your research. 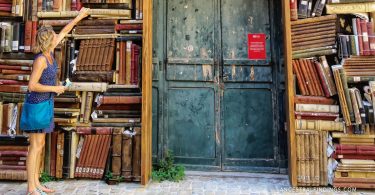 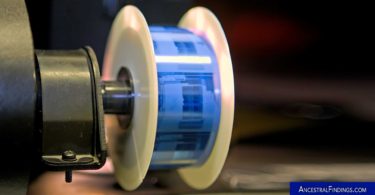