Dolley Madison was the 4th First Lady of the United States. The wife of James Madison, she is famous for saving the portrait of George Washington from the White House during the War of 1812. However, there is so much more to her story than that. Here’s what you need to know about Dolley Payne Todd Madison.

The wife of our 4th U.S. president, James Madison, Dolley is well known to history for saving the large, from-life portrait of George Washington from the White House when the British burned Washington D.C. during the War of 1812. She also has the distinction of being the 1st First Lady to be photographed, after photography was invented in the late 1830s. She was very elderly when a few photographs of her were taken, and she died soon after, but, thanks to those photographs, we do have a real image of what she actually looked like. By contrast, no U.S. president had their picture taken until 6th president John Quincy Adams, so Dolley was ahead of the game even in photography.

She was born May 20, 1768, in Guilford County, North Carolina to John Payne, Jr. and Mary Coles, both Quakers from Virginia who moved to North Carolina to raise their family. She was their eldest daughter. Dolley, like all of her siblings, was raised in the Quaker faith. The year after Dolley was born, however, her family moved back to Virginia (though they continued to be Quakers), where several other siblings were born, and where she became very close to her mother’s family.

Dolley’s family wasn’t wealthy, but they weren’t hurting for money, either. They owned a comfortable plantation in rural eastern Virginia, and it was there that Dolley grew up in relative comfort and plenty of stability. After the Revolutionary War, Dolley’s father freed all of his slaves, as did many other Quakers in the new American south.

After the war, her parents moved to Philadelphia in order to go into the retail business. Without slaves, there wasn’t much profit in owning a plantation. The business failed in 1789, and Dolley’s father died in 1792. Her mother tried to make ends meet for a while by opening a boarding house but eventually moved back to Virginia to live with her daughter, Lucy, and Lucy’s new husband, George Steptoe Washington, one of 1st U.S. President George Washington’s nephews.

Meanwhile, Dolley had married John Todd in 1790. Todd was a Quaker lawyer in Philadelphia, and she had two sons with him, John Payne Todd and William Temple Todd. Her sister, Anna, moved in with them after Dolley’s mother left Philadelphia, to help her raise the children.

In 1793, a yellow fever epidemic broke out in Philadelphia, killing Dolley’s young husband (who was not yet 30), both of her husband’s parents, and her 3-month-old son, William Temple Todd. This left Dolley as a young widow with a son to support, as her older son, John Payne Todd, survived.

The epidemic killed over 5,000 people in four months, and 20,000 people had left Philadelphia to get away from it by September 1793. Dolley was 25 years old at the time.

In 1794, Aaron Burr introduced young Dolley to James Madison, a member of the new U.S. House of Representatives from Virginia. Dolley and James had met each other before at social functions, but it was Burr who made the formal introduction between the two of them. Madison was 43 years old at the time and had been a bachelor all that time. He was also 17 years older than Dolley. Still, they seemed suited to each other, which is why Burr introduced them, and she accepted Madison’s marriage proposal after a quick courtship. They were married in August of 1794, just one year after she lost her first husband and youngest son. Madison formally adopted her remaining son, John Payne Todd, and the three of them lived in Philadelphia for the next three years.

Because Madison was not a Quaker, Dolley was expelled from their religious society.

After serving in Congress for eight years, Madison decided to retire, and took Dolley, John, and Dolley’s sister, Anna, back with him to his estate of Montpelier in Virginia. Unlike Dolley’s first husband, Madison owned slaves, and Montpelier was a plantation. She settled back into Virginia plantation life, but when Thomas Jefferson became U.S. president in 1800, he asked Madison to be his secretary of state. Madison accepted, and the whole Madison household, including the slaves, went to Washington, D.C. Dolley insisted they acquire a large house there for themselves, as she felt entertaining would be important in that kind of environment.

While in Washington, D.C., Dolley helped the widowed Jefferson furnish the new White House, which had previously only been used for four months by outgoing president John Adams and his wife, Abigail. She also served as de facto First Lady to Jefferson at formal entertaining events at the White House when Jefferson’s elder daughter, Martha, could not be present to perform those duties.

When Jefferson decided to retire at the end of his second presidential term, the Democratic-Republicans, Jefferson’s political party, nominated Madison to succeed him, and he was elected to the office. Dolley became the official First Lady.

Dolley was popular among the political elite, because of her kindness and superb social graces. Her popularity greatly contributed to Madison’s. She had a few unique honors, such as being the only First Lady given an honorary seat on the floor of Congress, and the 1st First Lady to respond to a telegraph message.

Madison served two terms as president, and the War of 1812 broke out at the beginning of his second term. When the British invaded Washington, D.C. in 1814, near the end of the war, Madison had already fled the capital. Dolley was still in the White House, and would not leave until the portrait of Washington had been saved, even with the British forces approaching. She directed servants to break the frame, as it was screwed to the wall and would take too long to remove and save the canvas. Once it was secured and given to men she trusted to take to New York, she left in a carriage. She returned a few days later and reunited with her husband.

Dolley and James Madison retired from public life at the end of Madison’s second term as president in 1817 and went back to Montpelier. Her son John, however, soon virtually bankrupted them. He was an alcoholic and was suited neither for academics or business. He was constantly getting arrested and thrown in jail for either violence or debts. James Madison mortgaged Montpelier more than once to pay his adopted son’s debts and free him from jail. When Madison died in 1836, leaving Dolley a widow once more, she stayed at Montpelier for a year with her niece, Anna Payne, and her son, and spent that time organizing her late husband’s papers, for which Congress paid her $55,000, because she was giving the papers to the U.S. government.

After completing this project, Dolley and her niece moved in with her sister Anna and Anna’s husband, Richard Cutts, in Washington, D.C., leaving her son John to take care of Montpelier. John was not up to the task and increased his debts. Dolley tried to sell more of Madison’s papers to pay John’s debts but was unable to find a buyer. She eventually sold Montpelier, its remaining slaves, and all of its household furnishings to pay her son’s debts, leaving her in relative poverty in her increasing old age.

The slave who was closest to her, Paul Jennings, was sold to Daniel Webster, on the agreement that Webster allow him to purchase his freedom through paid work. Jennings later wrote of Dolley in his memoirs, saying that in her old age, Webster often sent him to her with market baskets full of provisions and that he himself sometimes gave his former mistress money out of his own pocket to help her financially, even after gaining his freedom. 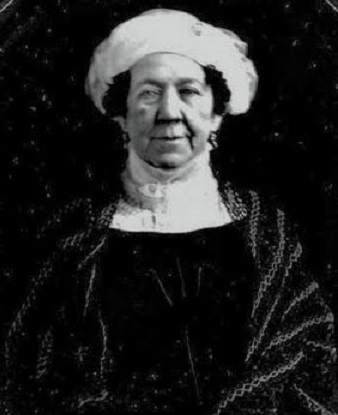 Daguerreotype of Dolley Madison, taken in 1848 by Matthew Brady (Wikipedia)

Dolley eventually sold the rest of James Madison’s papers to Congress in 1848 for $25,000, which helped her be more comfortable near the end of her life. She died in 1849 at the age of 81, and was originally buried in the Congressional Cemetery in Washington, D.C., but was eventually moved to Montpelier and placed next to her husband, James Madison.

Interestingly, there has been much debate over the spelling of her name. It was not a nickname, as Dolley or Dolly is often used for “Dorothy.” Her birth register with the Quakers spells her name as Dolley, her parents spelled in in several documents as Dollie, and the First Lady herself spelled it in her will as Dolly. Her grandniece, Lucia Cutts, also spelled it Dolly in the book she wrote about her great-aunt’s life. It seems Dolly was her own preferred spelling, but historians have settled on Dolley, as this is how her birth was registered. 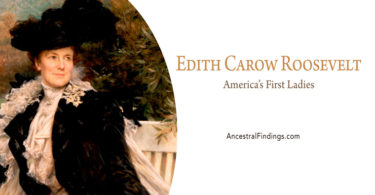