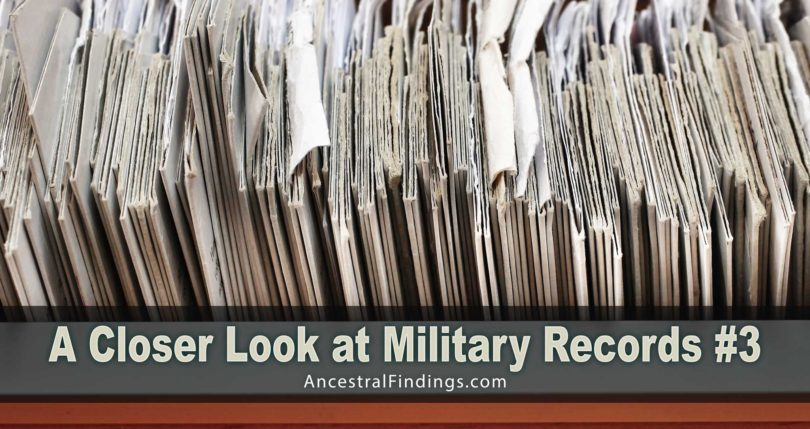 Draft cards are excellent sources of information on your military-aged ancestor. Drafts were used in most US wars and military conflicts until the end of the Vietnam War. Digitized draft cards from WWI and WWII will provide a laundry list of interesting and valuable information on your ancestors.

Draft records are another terrific type of military record. There has typically been some type of draft or conscription of soldiers in any military conflict in American history, even during the Revolution. While the draft is officially done away with today, the Selective Service registration requirement still exists for men, just in case the draft is ever brought back; names from this registration will be used among age-eligible men in any future draft, should the draft be reinstated at some point. Draft records are available for WWI and WWII and are unique, useful military records for filling in the gaps on your family tree.

Men were required to register for the draft in WWI and WWII. Registering did not mean they were signing up to serve. It meant that they were signing up to potentially be drafted, should a draft be required, and should their name be selected from among the submitted draft cards. The usual age for the draft was between eighteen and thirty-five. In WWII, so many people were needed, or expected to be needed, that three separate rounds of the draft were instituted. One was for young men, one for middle-aged men, and one for older men. This third, so-called Old Man’s Draft, registered men up to the age of sixty-four as potential soldiers. Because this draft exists, there are some men who have draft cards for both WWI and WWII, one when they were young and one when they were older.

These draft cards can be found online on both free and paid genealogy record websites. They are widely available in a lot of different places online, so you should have no trouble locating a digital repository for them that you can use to search for your ancestor. The cards include a lot of important information on your ancestors, whether they went on to serve in the military or not (some people registered for the draft, and then later enlisted as volunteers without having to be called up by force by the draft board).

The full name of your ancestor will be on the card. This is great for finding a middle name, or a first name if only a middle name or initials were typically used in other records. The date of birth is recorded, which can fill in an important gap in your family tree, as well. In addition, the place of birth is recorded, as is the man’s citizenship, occupation, current address (or address of employer, if a personal address was not recorded), and whether he had any dependents (and if so, who they were to him). There was the name and address of a person who would always know the potential soldier’s whereabouts and the relationship of that person to him (usually a wife or parent, but sometimes a friend or other relative). There is also a description of your ancestor’s eye color, hair color, and build (aka body type), as well as any physically distinctive features or disabilities, which is great if you never had a photo (or color photo) of this ancestor. Your ancestor’s signature will also be on the draft card. 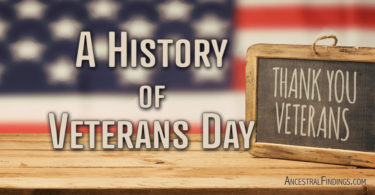 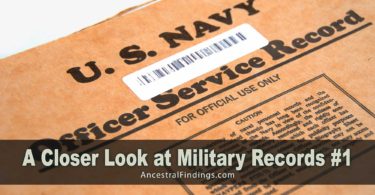