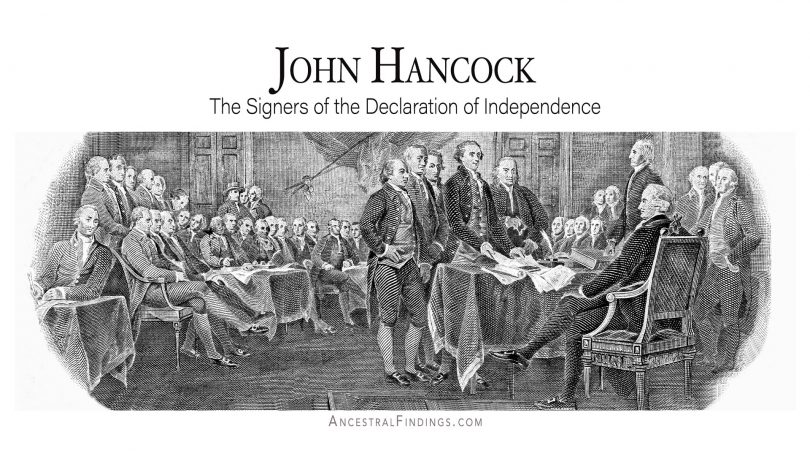 John Hancock is one of the most famous of the signers of the Declaration of Independence, mostly because his signature was the largest, and he was the first to sign. In fact, for several months, until the copy all the delegates signed was drawn up, John’s was the only signature on it, which was a treasonous offense at the time. John Hancock was far more than just fast with a pen and artistic with his signature. This is his unique story.

John Hancock is one of the best known signers of the Declaration of Independence, primarily for his large, flourished signature. Also, he was the first person to sign it, which was an act of great bravery at the time, because signing it meant the signers were committing treason against the British government who ruled them at that time. There is, however, more to John Hancock than just being the first to sign, and the one with the biggest signature. This is what you need to know about this kind of famous Founding Father.

John Hancock was born on January 23, 1737, in Braintree, Massachusetts, in the area of the town that would eventually become the city of Quincy. His parents were Colonel John Hancock, Jr. and Mary Hawke Thaxter (who was the widow of Samuel Thaxter, Jr.). Both were from Massachusetts. The Hancocks lived close to the Adams family, and so John Hancock and John Adams became good friends in childhood.

The Hancock family was comfortable financially and owned one slave when John was a child, to help with the household chores. John’s father died in 1744. After this, young John was sent to live with his aunt and uncle, Lydia Henchman and Thomas Hancock. This was to prepare John for a career since his father was no longer around to train him in one. Thomas Hancock was an extremely successful businessman and was one of the wealthiest and best known residents of Boston. He owned the House of Hancock, which was an importer of manufactured goods from Great Britain. The House of Hancock also exported things like rum, fish, and whale oil. He and his wife lived with a bevy of servants and slaves in a house called Hancock Manor on Beacon Hill in Boston. They did not have any children of their own, so welcoming and helping to raise their nephew John was a joy to them.

John’s aunt and uncle were the dominant influences in his life after he moved in with them. They sent him to the Boston Latin School, which John graduated from in 1750. After graduating, John became a student at Harvard University and received a Bachelors degree from there in 1754. After graduation, John worked for his uncle at the House of Hancock, just as the French and Indian war was kicking off in the colonies. Because Thomas Hancock was close friends with the governor of Massachusetts, he was able to secure many profitable contracts with the colonial government for his company during the war. John learned much about the business during this time, and eventually became a partner in the company. John did work hard in the business, but he also enjoyed being a wealthy aristocrat, and he played the part, decking himself out inexpensive clothes and other fashionable items.

Because of John’s business and family connections, he was admitted to the circles of high society in both Great Britain and the colonies, particularly in Massachusetts. John inherited the House of Hancock in 1764 after his uncle died. The estate he inherited also came with thousands of acres of land, and two or three household slaves. This made John one of the wealthiest men in all of the thirteen colonies. The slaves were freed by Thomas Hancock’s will, but they continued to work for the Hancock family after they were freed, this time earning wages for their work in the Hancock house.

Because he was so well-known and influential, John was a natural to be selected as a delegate to the Continental Congress once the revolutionary sentiment in the colonies really got underway. He had already been involved in local politics for some time at that point and was a member of the local Masonic lodge. Once he arrived, John was unanimously voted as the president of the Continental Congress, which basically meant he was the presiding officer of the proceedings and handled the official correspondence of the Congress. If he needed clerks to assist with this, which he sometimes did, he had to pay for them out of his own pocket.

During a brief recess of the Congress in 1775, John used his break to marry Dorothy Quincy, who was his fiancée. John and Dorothy had two children together, but neither of them lived past childhood. Their daughter Lydia died at ten months old, while their son John died at nine years old of a head injury he suffered while ice skating.

John returned to Congress and became the first signer of the Declaration of Independence, as well as the one with the most famous signature. He also financed a lot of George Washington’s Continental Army himself and wrote countless letters to other colonial officials to raise money for the same things. A ship among the American fleet was even named the USS Hancock, after him.

After the Revolution, John was elected as the president of Congress under the Articles of Confederation, but was uninterested in the position and soon resigned. Later, when the Articles were amended into the Constitution, John was elected president of the ratifying committee in Massachusetts—each state had to ratify it, with a 2/3 majority approval for the Constitution to become the governing document of the country. John was ill during most of the convention and wasn’t even there at the beginning of the convention. John didn’t even speak much until the end of the convention when he gave a speech in favor of the Constitution. Samuel Adams supported John in this, the first time in years the two had agreed on a political issue. Massachusetts narrowly approved the Constitution, and John and Samuel’s votes in favor of it are considered to be the most influential factors for the other delegates to give their votes in favor of it, too.

John’s last foray into the political arena was when he was put forth as a presidential candidate in the first presidential election. Everyone knew George Washington would be elected, but John hoped to maybe get enough electoral votes to be declared Vice-President. It was considered unseemly to openly campaign at this time, but instead to make one’s desires discreetly known. John only received four electoral votes, none of them from his native Massachusetts and his childhood friend John Adams was elected Vice-President instead. John was disappointed, but he continued to be popular in Massachusetts anyway, after that.

John was truly failing in health after that election, and he spent the rest of his life as a figurehead governor of Massachusetts. He passed away on October 8, 1793, with his wife beside him. He was fifty-six years old. Samuel Adams, the acting governor of Massachusetts at that time, declared the day of John’s burial to be a state holiday. His funeral was lavish and considered among the most elaborate given to any American up to that time. John is buried in Boston’s Granary Street Burying Ground, with a large monument to him there that was not even erected until nearly a century later. 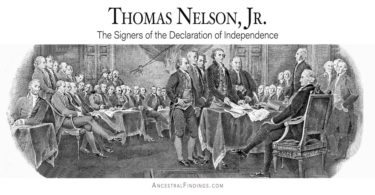 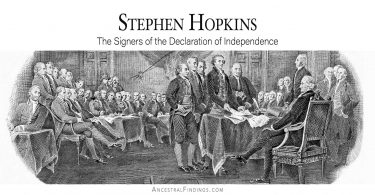