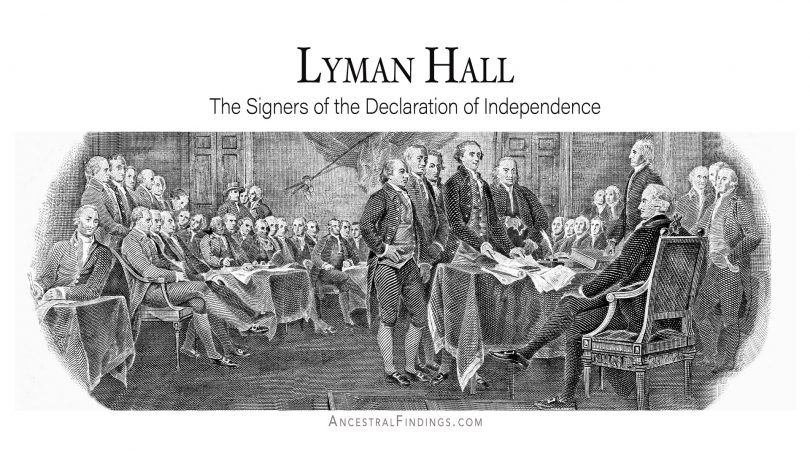 Lyman Hall was one of three delegates from Georgia who signed their names to the Declaration of Independence. Originally from Connecticut, Lyman started his career as a minister, then became a teacher, and then a doctor of medicine. In doing so, he worked his way to South Carolina, and then Georgia, where he became a prominent citizen, which earned him a place at the Second Continental Congress. This is his story.

Lyman Hall is another signer of the Declaration of Independence, probably of a medium level of notoriety in history. Not as well known as some other signers, but better known than others, this signer was born on April 12, 1724, in Wallingford, Connecticut. He was the son of minister John Hall and Mary Street, and one of several children born to the couple.

Lyman Hall’s childhood was relatively normal and perfunctory for his time, and also for his family. As a child, he studied with his uncle, Samuel Hall. After completing his homeschooling with Samuel, Lyman attended Yale College. Attending Yale was a tradition in the Hall family. He graduated from Yale in 1747 and became a minister at Stratfield Parish, which is today located in Bridgeport, Connecticut, two years after graduating from Yale.

Lyman’s time on the pulpit in Connecticut was not without controversy. There was a particularly outspoken group of parishioners who were against him becoming their minister. In fact, this group kept up their opposition of him being on their pulpit, and Lyman was eventually let go from his post two years after receiving it after questions about his moral character became the primary topic of talk at the church, rather than what Lyman was preaching. According to one biography of Lyman, these accusations of poor moral conduct against him were supported by proof given by the parishioners, as well as by Lyman’s own admission.

While he had to leave his post in Bridgeport, Lyman worked as a minister for two more years after this, basically as a substitute minister who temporarily filled vacant posts. During this time as a traveling substitute minister, Lyman studied medicine on the side, and also taught school.

Lyman married Abigail Burr in 1752. She was twenty-three years old, and from a good family in Fairfield, Connecticut. However, Abigail sadly died the year following their marriage. This left Lyman a young widower. A few years later, in 1757, Lyman married a second time, to Mary Osborne. Together with Mary, Lyman moved to South Carolina, where he established a medical practice in the town of Dorchester, near the bigger city of Charleston. Dorchester, South Carolina was a town settled by Congregationalists who moved there from Dorchester, Massachusetts a few decades prior. This congregation moved on to the Midway District in what is now Liberty County, Georgia, a few years after Lyman and his wife arrived in town, and when they did, Lyman and Mary moved with them, bringing along their son and only child, John Hall. The group founded the town of Sunbury, Georgia, and Lyman soon became one of the brand new established town’s most leading and prominent citizens.

Just before the American Revolution, the parish of St. John, where Sunbury was located, became an area of powerful revolutionary sentiment, which set it apart from the primarily Loyalist colony of Georgia. In fact, Georgia was so loyal to the British crown that it did not initially participate in the First Continental Congress. It was only because of the influence of Lyman Hall that Georgia sent a delegate there at all—Lyman himself. Lyman arrived in Philadelphia in time for the Second Continental Congress and was admitted to a seat there in 1775. Georgia sent two other delegates to join him there before the Declaration was written. So it was that Georgia had three delegates at the congress who all signed the Declaration of Independence, Lyman being among them. Lyman was also one of only four doctors to sign the Declaration of Independence.

During the American Revolution, Lyman’s town of Sunbury, Georgia was burned by the British. This happened in January of 1779. Lyman was already home in Sunbury by that time, having left the Continental Congress. He and his family went to the north, where they stayed until the British left Georgia in 1782. Lyman and his family returned to Georgia after that, and Lyman was elected as governor of the new state of Georgia in January of 1783. He kept this job for a year. While he was governor of Georgia, Lyman pushed for the establishment of a state university. Lyman believed that education, particularly religious education, would produce citizens of virtuous moral character for the new state. Because of Lyman’s advocacy for the project, the University of Georgia was chartered in 1785.

After retiring from politics when he left his position as state governor, Lyman went home to his estate in Georgia and went back to practicing medicine.

Lyman and his family moved to a plantation in Burke County, Georgia in 1790. Burke County was on the South Carolina border, and Lyman died there the same year he moved there, on October 19, at sixty-six years old. His widow Mary survived him by three years, dying herself in 1793. Their son, John, passed away between his parents, in 1792, at the age of twenty-seven. He had become a lawyer but was unmarried and without children at the time he died. Thus, when his mother Mary passed away the next year, Lyman Hall’s direct line was gone.

There are a few ways in which Lyman Hall is memorialized in Georgia today. Hall County, Georgia, is named after him. There are elementary schools in Liberty and Hall Counties in Georgia that are also named after him. There is a Signers Monument in front of the courthouse in Augusta, Georgia; this is a tall obelisk of granite that memorializes both Lyman and the two other Declaration signers from Georgia. In fact, it is at this obelisk that Lyman Hall is buried today, after being moved there in 1848 from their original location at his former plantation in Burke County.

Lyman is also an important character in the play (and later movie), 1776. In the show, his character wrestles with his conscience on whether or not to vote for independence. The people of Georgia oppose it, but he is in favor of it. While initially voting NO on independence (in a vote that required a unanimous YES for the measure to pass), Lyman later changes his mind, when he remembers the words of Edmund Burke, a member of Parliament in Great Britain—

”A representative owes the people not only his industry, but his judgement, and he betrays them if he sacrifices it to their opinion.”

When Lyman’s character in the show remembers these words, he changes his vote to YES, thus securing the cause of liberty for the people of the colonies in America. 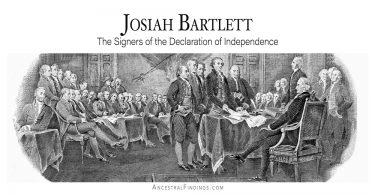 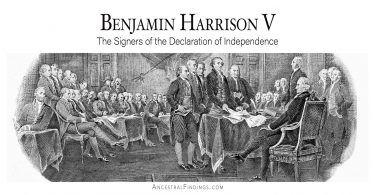