Do you have Shakers in your family tree? What are Shakers in the first place? Here, you will learn about this unique religious sect and how to find information on any ancestors you had who were part of it.

The United Society of Believers in Christ’s Second Appearing was a religious movement more commonly known as the Shakers. It was founded in England in the 1700s, and members were originally known as “Shaking Quakers,” based on their ecstatic, rapturous movements during their religious services. The movement quickly made its way to the North American colonies just before the American Revolution, due to persecution in England. While there were never more than about six thousand practicing Shakers in the United States, you may have an ancestor among them. If so, it is worth knowing a little bit about this unique Christian sect and what records to use to trace your Shaker ancestor (or ancestors).

Shakers distinguished themselves early on, not only because of their method of worship but because of their willingness to allow women to take on leadership roles in their communities. Some of the most famous early Shakers were women, including Jane Wardley, Lucy Wright, and Ann Lee. Most of the Shaker communities were located in New England and the Midwestern states that were east of the Mississippi River. Shakers practiced celibacy, a communal lifestyle, pacifism, and equality between men and women, which were all parts of the Quaker religion, except for the celibacy part. In fact, the call to celibacy Shakers espoused is the primary reason it eventually disappeared. It was difficult to recruit new members, and the Shaker communities did not produce new members on their own in the form of children born into the sect. 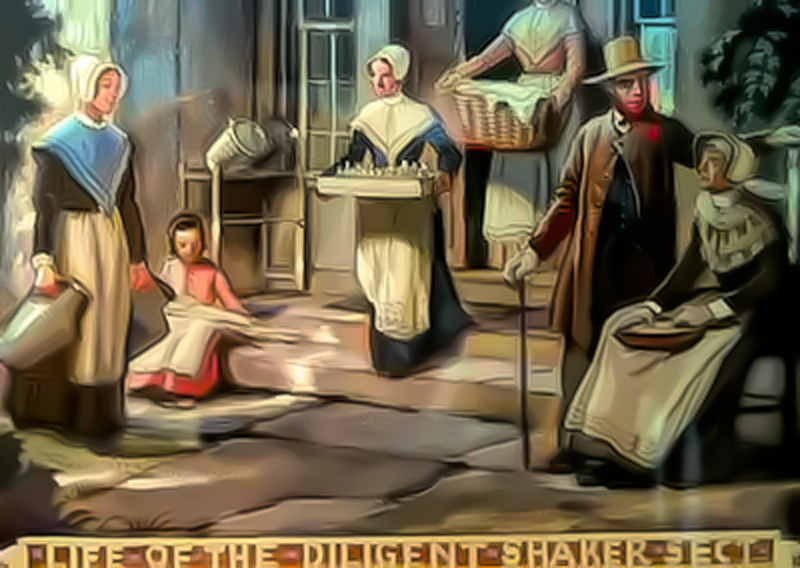 The sect reached its peak in the mid-19th century in America but quickly declined. In 1920, only twelve active Shaker communities remained in the United States, and as of current times, there is only one Shaker community left, located in Maine. However, even though the sect has all but disappeared in practice, many of its old settlements and buildings are now Shaker museums. Shakers were known for the unique comfortable simplicity of their architecture and furniture, and many of the things they made are now highly valuable and are museum pieces. Plus, learning about the history of this unique sect is always interesting.

The Shakers were actually a breakaway sect of the Quakers, who they greatly resemble in form of worship and beliefs. The sect began when James and Jane Wardley broke away from the Quakers in 1747. This was at a time when the Quakers were trying to remove the “shaking, quaking” movements that were part of their early worship practices. The Wardleys wanted to preserve this aspect of it. Ann Lee, a future famous Shaker, was an early member of the Wardley’s congregation, along with her parents. Shakers believed they received direct messages from God during worship, and these messages were expressed in a variety of forms, often in frenetic dance and rolling on the floor. They also believed in the renunciation of sins, and were of the belief that the end of the world predicted in the Bible’s book of Revelation was near.

Jane Wardley, preaching in the group’s first worship place in America in Bolton, Massachusetts, once said:

“Repent. For the kingdom of God is at hand. The new heaven and new earth prophesied of old is about to come. The marriage of the Lamb, the first resurrection, the new Jerusalem descended from above, these are even now at the door. And when Christ appears again, and the true church rises in full and transcendent glory, then all anti-Christian denominations—the priests, the Church, the pope—will be swept away.”

Locals who were not Shakers did not take kindly to them being in their communities, particularly because Shakers also believed Christ’s second coming would be as a woman, and thus looked to women for spiritual leadership. Locals would often throw stones at Shakers, and mobs would chase them out of town. Eventually, Ann Lee was declared by the group to be the second coming of Christ and began being called Mother Ann. 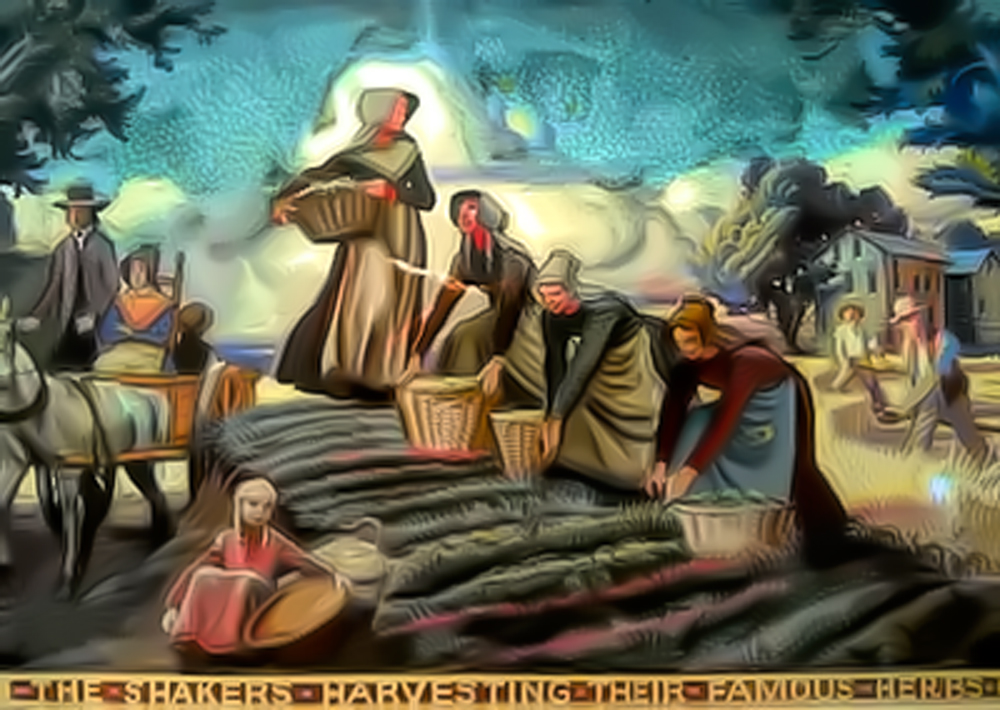 The Shakers Harvesting Their Famous Herbs

If you are looking for information on a Shaker ancestor, do not expect to find the record in the place where their community was located. Most Shaker records that still existed were rounded up in the early twentieth century and sent to either the Case Western Reserve in Cleveland, Ohio or to the Library of Congress. Other Shaker records have been donated to libraries and museums and purchased by private collectors.

If your family oral history says an ancestor was a Shaker and you are not sure, using geography is the best way to determine it. There were only Shaker communities in eleven states:  New York, Massachusetts, Connecticut, New Hampshire, Maine, Kentucky, Ohio, Georgia, Florida, Indiana, and Pennsylvania (the last four states on this list only hosted Shakers for brief periods of time). When looking at evidence from family oral history, letters, diaries, or other primary sources, take the geography into account to determine if your ancestor really could have been a Shaker living in an official Shaker community.

The US census is another good resource. While only the trustee of a Shaker community would have been listed before 1850 (taking the place of the head of household), everyone would be listed in subsequent censuses; you can find individuals in Shaker communities in New York and Massachusetts state censuses, as well.

If your geographical and census research points to you truly having a Shaker in your family tree, searching Shaker name indexes at the Western Reserve Historical Society is a way to look them up, as the Reserve has the largest collection of Shaker manuscripts in the world. There is also a Shaker membership card index file at the Reserve and at the Family History Library in Salt Lake City, Utah, as well as at dozens of local public libraries in and near areas where Shakers lived. The index has 16,800 names on it.

Learning more about the Shakers and your Shaker ancestor(s) is a wonderful way to add to the richness of your family history, and to understand your ancestors’ spiritual beliefs and way of life, both in their religious community and their family.